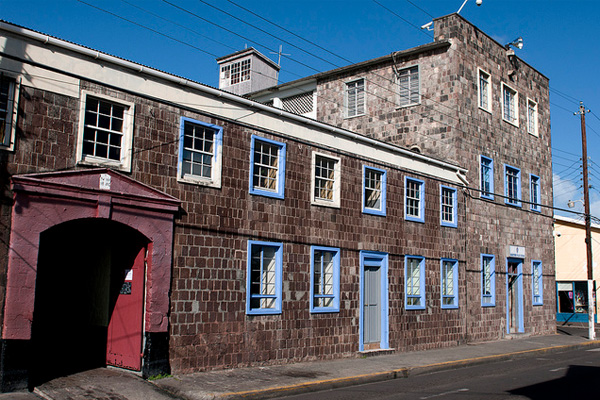 (ZIZ) For many years the many persons in the Federation have become victims of a particular crime at times go undetected. This particular crime has been broken down into different categories; it is none other than Larceny.

In recent times many victims have had their electronic devices and jewellery stolen, and in many cases never to see them again. At times due to the diligence and concern of civic minded citizens some of these perpetrators have been arrested and charged, and are now in Her Majesty’s Prison.

Larceny in all its categories has posed a very serious problem in communities within the Federation and many parts of the world. During such criminal activities, portable items of high value are most likely the items of choice to be stolen; such as jewelry, and electronic items which will include cell phones, I pad, television sets, Stereo sets, and money, clothing, and other valuable items.

These items are normally stolen for personal use and for sale in order to dispose them and at the same time acquire a monetary reward. In many instances thieves steal to raise money to support their abuse of substances and their criminal enterprise, purchase illegal firearms, etc. They also use the money to support their gambling addiction and prostitution.

In order for a successful thief to get money, he or she must complete two main goals. The first is to steal something that can be sold or traded, such as tools, hardware, electronics, jewellery, clothes, toys, furniture, building materials, foods or transportation, and the second is to sell or trade them usually to a person or corrupt business persons. A thief’s main aim is to acquire something else with the money gained from selling the stolen goods, often drugs, alcohol or weapons.

In our Federation we have seen a number of gun related crimes committed as a result of the various categories of Larceny. This phenomenon is not isolated to the Federation, it happens world over. There is the biblical verse that said, a thief not only come to steal, but to kill and to destroy. Therefore, perpetrators who commits crimes of theft may also commit gun related crimes and murders.

Thieves are able to make profits from the sale of stolen property because they are able to sell them at very low prices. Thieves sometimes try to disguises the stolen nature of the goods when possible, so that they can sell them closer to the market price. Depending on the stolen item, thieves may attempt to remove, deface, or replace serial numbers on the stolen item before selling it. In some cases thieves will transport the stolen items to a different community or country to sell them, because this lessens the likelihood that the items will be recognised or identified. For some types of stolen goods, thieves disassemble the good and sell the individual parts, because the sale of parts is less risky. For example, a stolen car or bike may be disassembled so that the parts can be sold individually. Some thieves steal gold and sell it to jewellery stores as scrap gold for money. Another tactic used by some thieves is to retain stolen items for some time before selling them, which lessens the likelihood that the victims or police will be able to track their criminal and illegal activities.

An individual who knowingly receives, purchase, or conceal stolen property commits an offence. The handling or receiving stolen goods is not a victimless crime, and individuals or businesses that trade in these items can have a long-term effect on our communities.

Impact on the Community

Our Federation has moved from an agro-base sector to a tourism based sector, and with that we need to refrain from the purchase of these stolen goods. This can negatively impact the tourism industry by discouraged tourists from flying to our Nation. Tourism is the major economic stimulating factor in our economy and if our economy does not get the foreign capital and foreign investment that it needs it can create a rippling effect on the economy. The ongoing criminal enterprise can and will create many problems including an underground economy or black market for stolen goods.

Studies and research have shown a strong correlation between theft and the use of drugs, and most thieves and burglars have admitted stealing to fund a drug habit. Thieves will gravitate towards areas where they can easily sell stolen goods. This activity can cause problems for a community because they know that they can quickly sell their stolen items. This, in turn, increases crime and drug use.

This activity can also put society on the edge causing more people to arm themselves with weapons against intruders and perpetrators, therefore, making people in society fearful and over protective of their property. Therefore they will try to counteract this problem by staying in their homes more often to protect their valuables and for their personal safety.

There is a common misconception among many people that selling stolen goods is a victimless crime, but, in reality, this is far from the truth. To sell stolen goods, the thief must first steal the items. This means, somewhere, there is a victim of burglary, robbery or theft. This causes great distress, anxiety and fear for those victims. Imagine your family photos on a computer, wedding rings being stolen or a Stereo Set and Flat Screen Television that was recently bought with your last pay check. The emotional cost and distress could be immeasurable.

If you are a victim of theft, you should take these steps:

If you or someone you know have bought or received stolen items, you and that person can and will be held accountable if you are found in possession of them and is unable to provide a satisfactory account or produce a receipt for the item. If you cannot provide a receipt or a proper account of how you became in possession of an item that is discovered to be stolen or missing, you can and will be arrested and charged for either stealing it or receiving stolen property knowing that is stolen property.

Also, if you know someone who might be handling stolen goods or have been attempting to sell items that you believe to be stolen you can help tackle this issue. Give us a call at the nearest police station, the Criminal Investigation Department (CID), Basseterre at 465-2241 ext. 220, Charlestown Police Station at 469-5391 ext. 27, Violent Crime Unit (VCU) at 465-2241 ext. 230, or, Crime Stoppers at 1-800-8477. Remember, your information will be treated with the strictest of confidence, and you may be eligible to receive a reward.

(a) In the case of felony, to imprisonment with hard labour for a term not exceeding ten years;

(b) In the case of misdemeanour, to imprisonment with or without hard labour for a term not exceeding five years.

(2) The person referred to in subsection (1) may be indicted and convicted whether the principal offender has or has not been previously convicted, or is or is not amenable to justice.

(3) A person who, without lawful excuse, receives or has in his or her possession any property stolen or obtained outside the State, knowing it to have been stolen or obtained in any way, under such circumstances that if the act had been committed in the State the person committing it would have been guilty of felony or misdemeanour, commits an offence of the like degree (whether felony or misdemeanour) and, on conviction, is liable to imprisonment with or without hard labour for a term not exceeding seven years.

The general public is therefore urged not to purchase any electronic goods or jewellery or anything that is considered suspicious from any suspicious individual.

The Royal St. Christopher and Nevis Police Force in keeping with its crime-fighting initiative has thought it very important to draw to the attention of the general public this very important and concerning matter. Persons are by warning the general public and provide safety tips to prevent theft and assist with decreasing the number of burglaries and robberies in the federation.

The general public is therefore urged to utilise our safety tips to protect your home and prevent theft, these safety tips can be accessed on our website (www.sknpolice.com/safetytips.html)

Here are just a few simple safety tips that would make a big difference in preventing theft such as:

* Always lock up
* Install good quality locks
* Lock front door if you are in the back yard
* Install sensor lights
* Keeps trees and shrubs trimmed
* Guard Keys. – Don’t leave person details on your keys such as name, photo, number and address
* Never leave notes that you are away.
* Have insurance for valuable items. Keep receipts, warranties and also photos of valuable items.

Taking back our streets is a common motto of The Royal St. Christopher and Nevis Police Force, but it is impossible to achieve without the help of the general public.