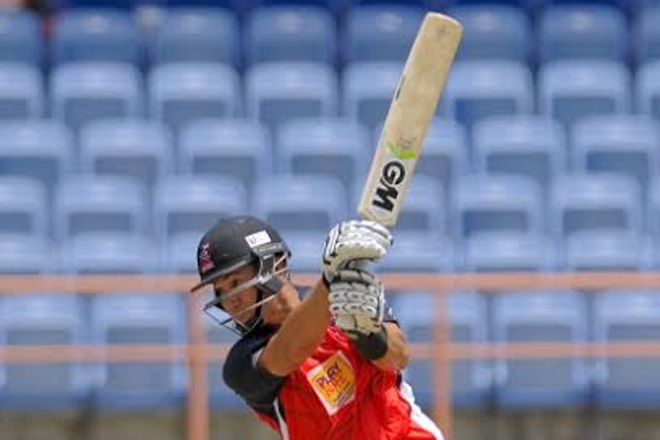 Sports Page — Ross Taylor held his nerve in a remarkable last over to hit a six off the penultimate ball before scampering a single off the last to take the St. Lucia Zouks to a thrilling four wicket victory against the Trinidad & Tobago Red Steel in a rain-affected match.

Persistent rain shortened the match to nine overs, but only after the Zouks had won the toss and elected to bowl. The Red Steel scored 90-4 from their overs before the Zouks chased them down off the final delivery.

Jacques Kallis was the standout performer for the Red Steel, striking a classical 39 off 19 balls, anchoring the innings which fell around him early on. Indeed, none of the top four other than Kallis made double figures.

It was then left to the Bravo brothers, Dwayne and Darren to blitz some quick runs at the death and take the Red Steel towards a competitive total. Dwayne Bravo scored 14 not out off 8 while Darren scored 19 not out off 9.

The Red Steel’s score of 90 in nine overs seemed strong and that was translated into the run-chase which was tight and nervy.

The Zouks lost Andre Fletcher early for 3 before Johnson Charles and Kevin Pietersen briefly rebuilt the innings. However when Pietersen was dismissed for 11 the Red Steel were on top.

Some tight middle-over bowling from Sulieman Benn increased the pressure on the Zouks before Henry Davids hit a momentum-changing six off the last ball of his two-over spell.

Back-to-back fours at the beginning of the seventh over reduced the equation from 34 off 18 to just 26 off 16 but a wicket off the fifth ball of the over pulled things back.

Kallis completed an awesome all-round day by taking two wickets in the penultimate over, to finish with figures of 3-15 and leaving the Zouks requiring 17 off the last over. Two fours in the first three balls hit by Nathan McCullum set the finale up perfectly for Taylor who clubbed a six over mid-wicket before finishing the job off the last ball.