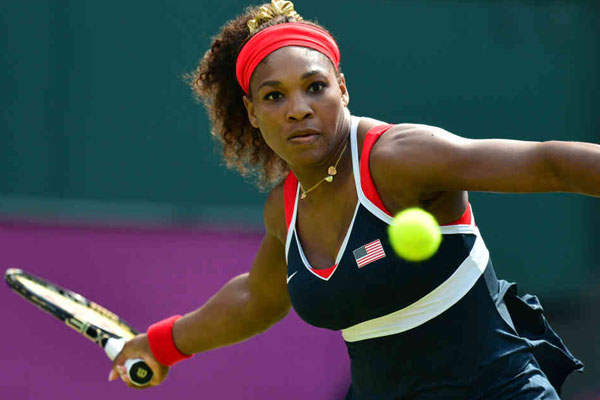 Revenge so sweet for Serena Williams in WTA Finals showdown

(CNN) — Four days after suffering a humbling defeat to Simona Halep, Serena Williams turned the tables on the Romanian to win a fifth WTA Finals title with a crushing straight sets 6-3 6-0 victory in Singapore Sunday.

Williams had called her 6-2 6-0 reverse in round-robin group play Wednesday “embarrassing” and she set about putting the record straight in the title match.

Fourth-ranked Halep began where she left off to take an early 2-1 lead with a break of service, but this was a very different Williams on the other side of the net.

The world number one immediately broke back and a further break to lead 5-3 was the start of eight games in a row without reply.

A total of 26 winners flowed from the racket of the 33-year-old American veteran — who was winning the end of season crown for the third straight year — the first player since Monica Seles in 1992 to achieve the feat.

“She was playing so well at the beginning and I told myself to just relax and once I did that I started playing better and making my shots,” Williams told the official WTA website.

“I lost to her a couple of days ago so I knew she was capable of playing really well, but I knew I had to play better if I wanted to win.