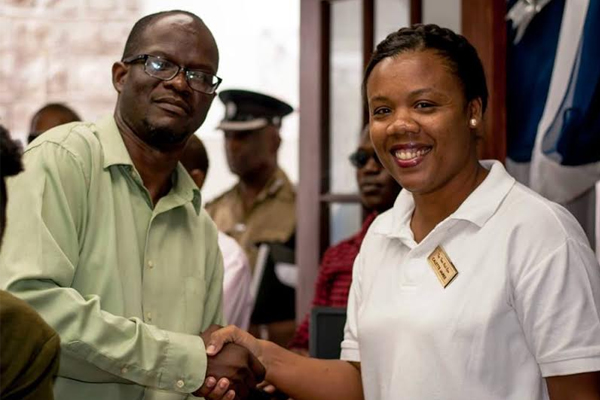 Review of the SKN Minimum Wage is at hand

Basseterre, St. Kitts (SKNIS) — A call has been made by the Government of St. Kitts and Nevis for the revision of the minimum wage which presently stands at eight dollars per hour.

At a recently held consultation on the review of the minimum wage, an advisory committee made up of Government Officials, representatives of the Chamber of Industry and Commerce, the Hotel and Tourism Association, the Contractors Association, the Security Sector, the Manufacturing Council and Civil Society was appointed to commence the dialogue on the basic income.

Minister responsible for Labour and Justice the Honourable Patrice Nisbett explained the reasons for a revision.

“We have discovered overtime that the minimum wage have been in existence for the last six years,” he explained. “In some sectors it has really become the maximum wage.” He also stated that the advisory committee “would also make recommendation as to a figure in terms of what they feel should be the minimum wage of St. Kitts and Nevis.”

“We (the Government) believe that the purchasing power of the minimum wage has in fact eroded as a result of the global economic crisis and other factors that are existent in the economy of the Federation.”

He further stated that in order to “safeguard and protect the workers of the Federation, one would ensure that decent work demands decent pay, so a review of the minimum wage in St. Kitts and Nevis is critical at this point in time.”

The Honourable Minister calls for the preparation and submission of position papers on the matter of the minimum wage and urged that the review be attended by the utmost gravity and cross fertilization of views utilizing all of the empirical information which informs the subject matter under review.

Minister Nisbett also made a statement pertaining to the process that will enable the revision of the minimum wage in Parliament today (Monday, August 18, 2014).