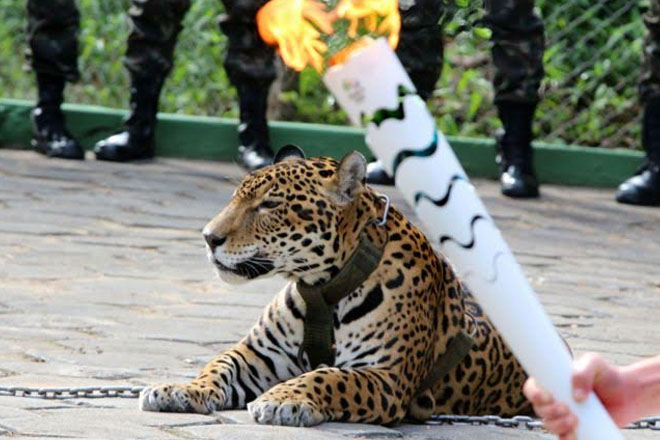 A jaguar has been shot dead shortly after it was used in an Olympic torch relay in the Brazilian city of Manaus, the army said.

The female jaguar escaped its handlers after the ceremony on Monday and attacked a soldier, a spokesman said.