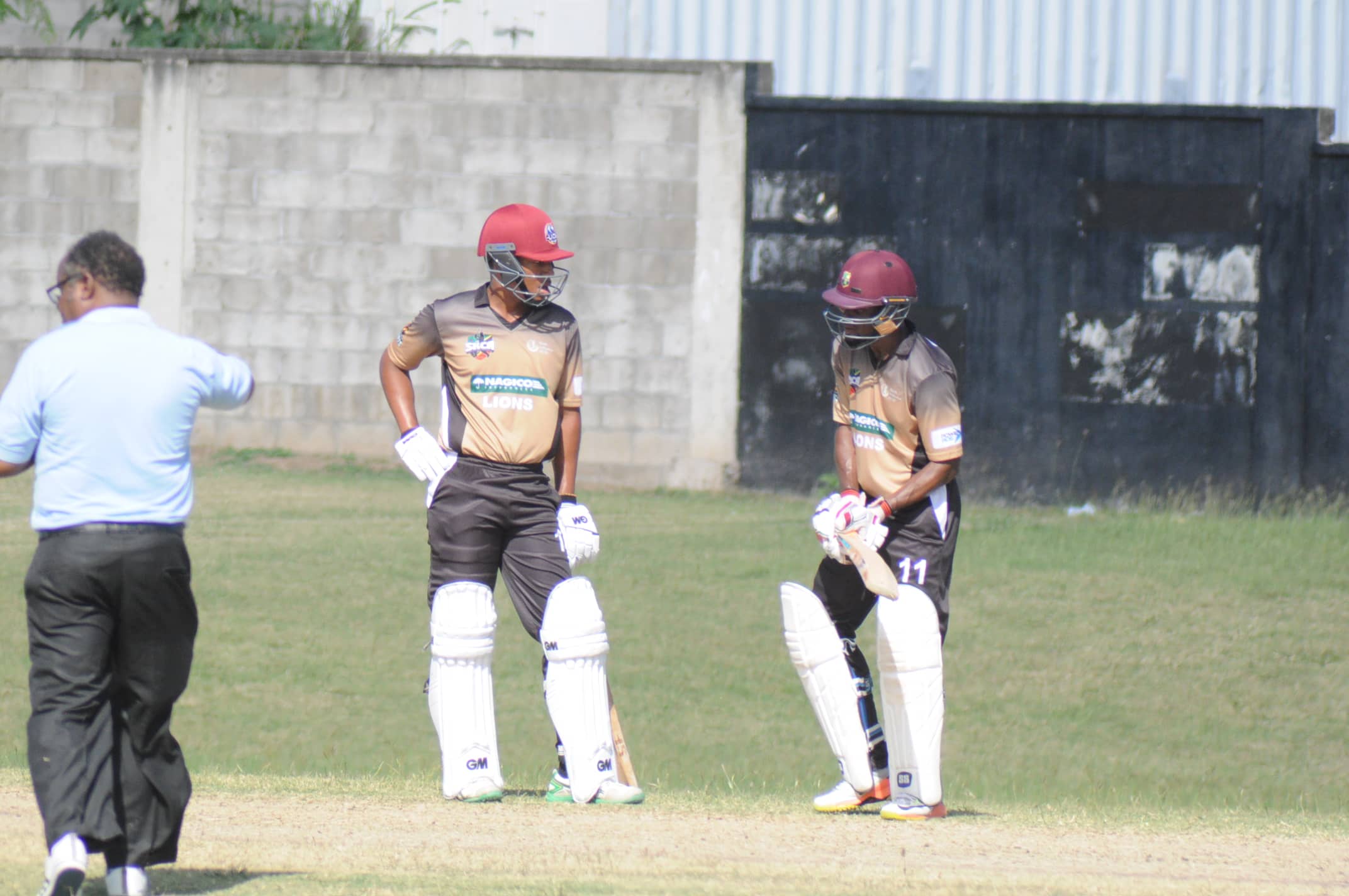 Rising Stars, Lions off the mark

Rising Stars and Lions got their first win of the Keeth Arthurton T20 defeating Haynes Smith and Sandy Point respectively.

On Saturday Lions defeated Sandy Point by 85 runs bowling them out for 57.

Lions batting first, posted 141 for 7 with J. Manners top scoring with 42, he was supported by Saeed Williams who added 31. Sandy Point also conceded 41 extras in their time in the field.

Lions however won the game with the ball limiting Sandy Point to 57 all out with Glenstone Patrick, J Carmichael and TShaun Francis with two wickets each.

Shane Jeffers with 14 and Shaquan Pemberton with 10 were the only Sandy Point batsmen into double figures.

On Sunday Molineaux/Cayon again powered by Jaeel Clarke who slammed 59 from 31 balls posted 150 all out in 18.3 overs versus Sandy Point. Clarke recorded his fourth straight score of 50 or more. In his four games of the competition he has recorded three 50s and a century to lead the run scorers.

Sandy Point in response found the Molineaux/Cayon spinners difficult and were eventually restricted to 112 for 9 from their 20 overs. Molineaux/Cayon remain undefeated in the competition.

Jeffers top scored for Sandy Point with 38 and Christanja Carey got three wickets for 23 runs for Molineaux/Cayon.

In the finale for the weekend youth topped experience as Rising Stars got their first ever win in the competition defeating Haynes Smith by 27 runs.

Rising Stars scored 126 for 8 from their 20 overs and bowled out Haynes Smith for 99 to put their first point on the board and subject Haynes Smith to their third straight defeat.