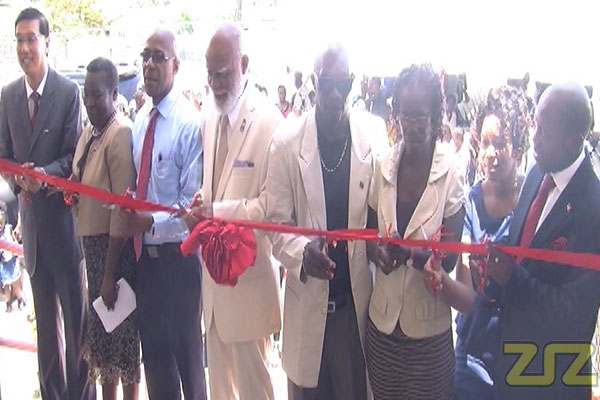 (ZIZ)– The Republic of China on Taiwan’s Ambassador to St. Kitts-Nevis, His Excellency Miguel Tsao has come in for high praise as he has delivered on a promise made several years ago by that country’s former president.

It was during Friday morning’s ceremony to mark the opening of the state-of-the-art St. Paul’s Day Care Centre that we learnt of the significant role Ambassador Tsao played in the centre’s construction.

While praises were showered on Ambassador Tsao, he was showering praises on the nation’s leader, the Right Honourable Dr. Denzil Douglas.

According to the Ambassador, Prime Minister Douglas has served as a kind-hearted leader.

“Allow me to bestow praises on the Right Honourable Dr. Denzil Douglas for his driving force and indomitable spirit to fulfil this commitment. I am sure the young children are definitely looking up to him as a caring individual,” Ambassador Tsao explained.

He also expressed delight in being invited to witness the centre’s opening.

“After two years of joining the effort by the Government of St. Kitts-Nevis and the Republic of China on Taiwan, today, this Day Care Centre is being officially inaugurated and I must say that I’m feeling especially pleasant and joyous,” he added.