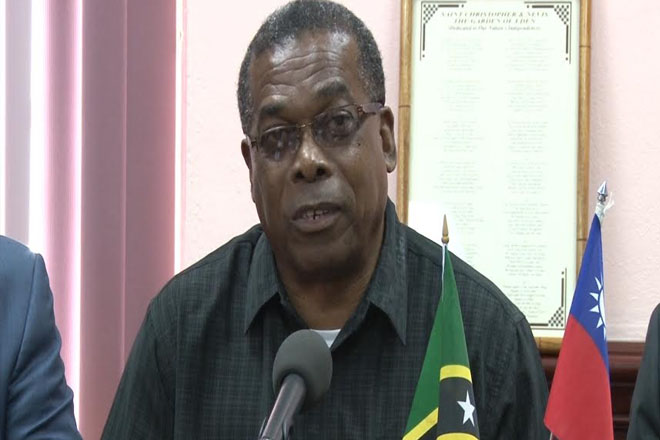 (ZIZ News) — The Government of the Republic of China (Taiwan) has donated EC $620,000 to the Ministry of Public Infrastructure to help bring relief to consumers impacted by the ongoing drought-like conditions.

“We are receiving some funds from our friends from the Republic of China Taiwan who heard our water woes and heard of the situation with the shortfall in our potable water. Ambassador George Chiou is here with us this morning to subsidize that cost for us on behalf of the Republic of China Taiwan, Ambassador how delighted we are,” the Minister said.

Ambassador Chiou said that he is pleased with the federal government for taking the initiative to promote and to increase the provision of water to citizens and residents. He stated that his government is committed to continued cooperation that would benefit everyone.

Prime Minister Harris noted that the government is committed to making long term investments in relation to the water situation especially in the areas that need it most.

He said, “We are investing for the long term and the significant investment we are making in having the water as it were pumped from Mansion all the way up to Phillips and Lodge to ensure that all of the communities are equitably treated with respect to this critical resource, those investments are significant but they are critical to the peace and to the satisfactory living among all people.”

The federal government provided over EC 600,000 to the water department to ensure that the water situation in the areas of mansion – Phillips – Molineux would be significantly improved.