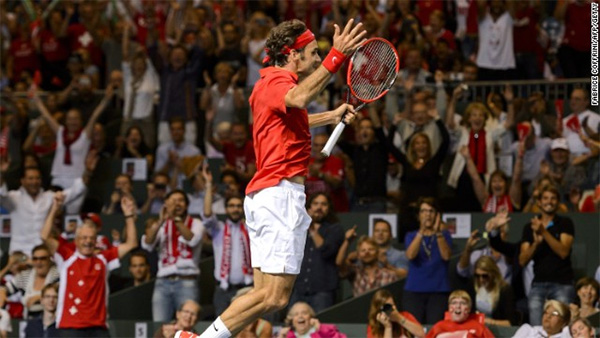 (CNN) — The Davis Cup is the just about the only major honor in tennis to elude Roger Federer and the Swiss maestro took another big step to righting that omission Sunday as he led his country into November’s final against France.

Federer secured the winning point in his singles match against Fabio Fognini to give Switzerland an unbeatable 3-1 lead over Italy in Geneva.

A run of four straight games saw him take the opening set and a single break in the second was enough to forge further ahead.

Fognini had four break point chances in the third set but could not take advantage and Federer moved clear in the closing tiebreak.

The 33-year-old will be playing in his first Davis Cup final and paid tribute to the fervent supporters who willed him on to victory.