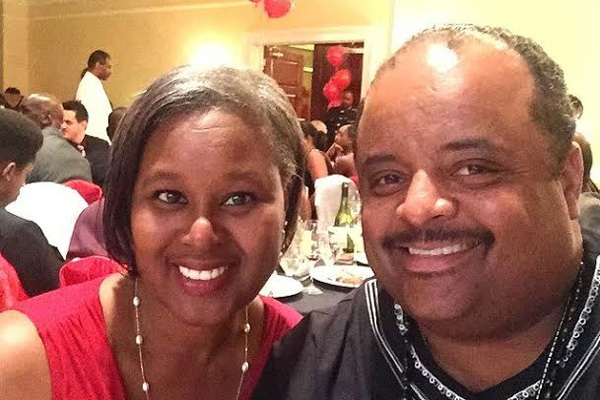 Roland Martin wished he could take a piece of St. Kitts back to DC

Basseterre, St. Kitts (CUOPM) — When America’s well-known journalist and former CNN contributor Roland Martin, arrived in St. Kitts during the Christmas/Carnival season; he had no indication that he would attend the 14th Annual Prime Minister’s New Year’s Gala.

“I didn’t even know about Prime Minister Douglas’ gala. I only packed linen pants & shirts. Had to do some shopping! No ascots on vacation. Y’all enjoy @NFL. But headed to the annual gala of St. Kitts and Nevis Prime Minister Denzil Douglas. Sitting at his table. Life is good!,” Mr. Martin posted on his FaceBook page last Saturday.

“And a selfie with beautiful wifey @jhoodmartin at Prime Minister Denzil Douglas’ annual New Year’s Gala. I found an outfit! LOL,” he also posted with a photo of his wife seated at the PM’s table and another with him and Prime Minister Douglas.

Roland also commented on the performance at the gala of Jamaican-born comedian Blakka.

“Jamaican comedian @BlakkaEllis is killing at the St. Kitts-Nevis Prime Minister’s Gala. This dude is hilarious. He has the PM in tears!,” he posted.

St. Kitts-Nevis used to depend heavily on sugar exports. That collapsed in 2005. Now the country focuses on financial services & tourism.

“St. Kitts-Nevis has the highest literacy rate in the world. 98% of the country can read and write. Fact,” he also posted in response to the remarks by the Featured Speaker, Mr. Desmond Roberts.

On the photo he took with Prime Minister Douglas on Saturday night: “I’m breaking my no vacation photos rule. Selfie with St. Kitts and Nevis Prime Minister Denzil Douglas at his annual gala.”

And when Sunday came for him and his lovely wife to check out of the St. Kitts Marriott Resort and Royal Beach Casino, Roland posted:

“Whirlpool, sauna, steam room and deep tissue massage before jumping on the plane back to DC. Perfect way to end St. Kitts vacation!”

With a photo of the Marriott’s swimming pool in the foreground and the Atlantic Ocean in the background which he posted, he said: “Would love to pack this in my suitcase and bring back to DC! A Sunday morning in St. Kitts. Simply gorgeous.”

Mr. Martin had posted on his facebook that he was headed to St. Kitts for vacation with his wife and was seen in public soaking in the Grand Carnival Parade on New Year’s Day.