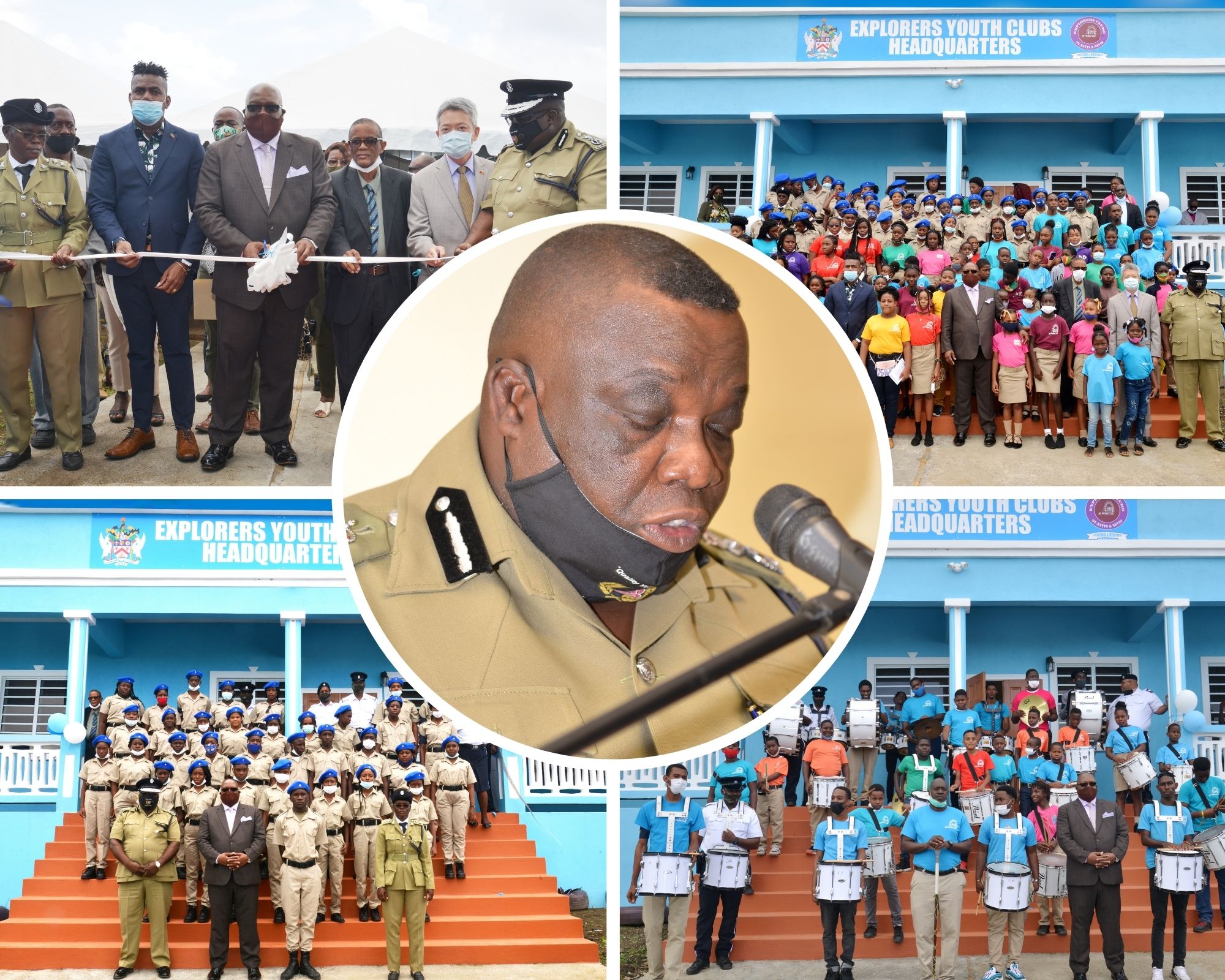 Basseterre, St. Kitts, January 08, 2020 (RSCNPF): The Commissioner of Police has pledged that The Royal St. Christopher and Nevis Police Force (RSCNPF) will continue to support the youth of the Federation.

Speaking at the recently held Opening Ceremony of the Explorers Clubs Headquarters, Commissioner of Police Hilroy Brandy said that the Force believed in the creation of loving, caring and supportive environments for young people to develop into healthy and productive members of the community.

The Explorers Clubs have been rolled out through a collaboration between the Ministry of National Security and the RSCNPF. To date there are twelve (12) clubs around the country with over 1,000 members. Police Officers assigned to the National Intervention Team coordinate the various clubs and the Team’s Leader, Inspector Rosemarie Isles-Joseph, is credited as the movement’s Founder. The initiative is considered an important part of the Force’s community policing effort.

“The vision was clearly laid out in our Strategic Plan in 2016…the Force decided that community policing would be one of our main priority areas and it was also decided, in collaboration with the Ministry of National Security, that youth diversion educational programmes would be the centrepiece of the new vision,” Commissioner Brandy disclosed.

He said that the construction of the “state-of-the-art building” represented an unprecedented interest in the nation’s youth, adding that through the headquarters and the clubs, greater ties between the Police and the community could be forged.

“We truly believe that with the construction of this edifice, a new era of cooperation between the community and the Police will be realised. It is our belief that this building and the young explorers will result in improved public support and trust in the Police.”