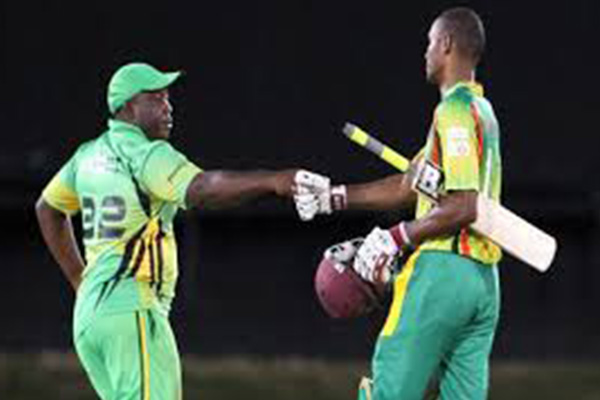 Port-Of-Spain, Trinidad — Jamaica recovered from a wobbly position to beat Windward Islands by 14 runs on the backs of powerful half centuries from Tamar Lambert and Andre McCarthy in the opening match of the NAGICO Super50 tournament at the Queen’s Park Oval here on Thursday.

Jamaica slid precariously to 32 for three, jolted by right arm seamer Mervin Mathew, but a century stand between Lambert and McCarthy revived their innings to 282 for five in their 50 overs.

An unbeaten century from middle order batsman Keddy Lesporis,  who starred in a couple of half century stands, offered the champions hope on the run chase but they fell short and was only able to get to 268 for 8 in their 50 overs.

Mathew snapped up the first three wickets including debutant John Campbell for 16 runs to have the Jamaicans reeling but Lambert and Mccarthy pulled the innings around with a decisive stand of 179.

McCarthy was unlucky to miss his century top scoring with 93 off 124 balls with ten fours and two sixes while Lambert made 88 off 99 balls before he was caught off Delorn Johnson.

Opener Devon Smith and Johnson Charles gave Windward’s a fiery start by putting on an opening stand of 62.

But when Nikita Miller was brought on the breakthrough came when he removed Charles for 40   and the Windwards stumbled to 97 for three.

Charles was caught by Campbell after hitting seven fours and facing 33 balls.

Lesporis, who will have bragging rights for the first century of the season,  arrived to add impetus to the chase and worked with Smith and later Mathew to carry the Windwards closer to the target.

Lesporis shared in a 52 run fourth wicket partnership with Smith who picked up four boundaries in an 81 ball 52 before he was caught by Lambert.

However when Smith departed the Windwards  lost their way  and seemed out of the contest  at 215 for 8 in 44.3 overs.

The St. Lucian batsman, whose century from 98 balls included 11 fours and two sixes, featured in a fighting 9th wicket stand with Mathews that produced 53 runs in 4.3 overs.

Mathews was not out on 25 but their efforts were not enough to overhaul Jamaica’s score.

Miller finished with 3 for 35 while the off spinner Lambert capped an all-round performance with 2 for 32 to be named Man-of-the-match.