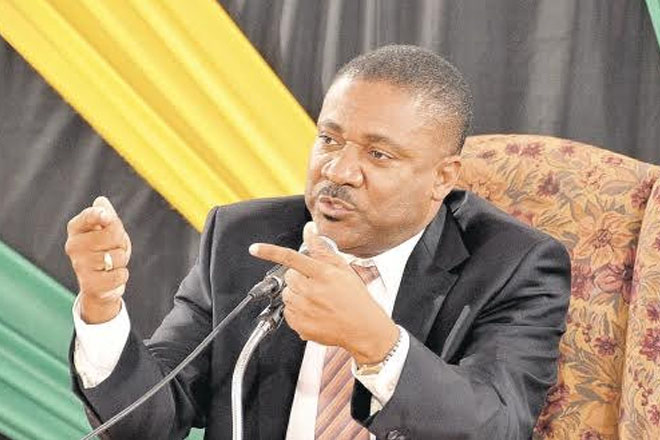 Kingston, Jamaica (JIS) — The Government has changed the name and mandate of the Rural Electrification Programme (REP), to the National Energy Solution Company Limited (NESCL), with an expanded role to achieve energy efficiency.

Making the disclosure, Minister of Science, Technology, Energy and Mining Phillip Paulwell said the company, while bringing electricity to the 2.5 per cent of the island that is without the commodity, will also play a major role to reduce energy losses.

He noted that thousands of houses across the island are not properly wired, and working with the Jamaica Public Service Company (JPS), and the Jamaica Social Investment Fund (JSIF), the problem will be finally solved.

“The NESCL is going to take that on. We are going to be working with the JPS (to cover) over 100 communities indentified by JSIF, where we have to do regularisation,” the minister said, while addressing the opening of an energy forum today at the Jamaica Pegasus Hotel in New Kingston.

“My role is to ensure that when we go through communities, we do not see this phenomenon. It is dangerous, it causes fires, deaths, and we are going to regularise the situation, once and for all,” Paulwell emphasised.

The minister also pointed out that much of the services offered by the Government Electricity Inspectors (GEIs) will be privatised, so that persons can get timely certification to access regular electricity.

The workshop is being held over three days, and will hear from representatives from six countries on their experiences to reduce energy losses.

Partners in the workshop are the United States Agency for International Development (USAID), Office of Utilities Regulation, and the JPS.

The REP was incorporated in 1975, with the specific mandate to expand the reach of electricity supply to rural areas, where the provision of such services would not be economically viable for commercial providers of electricity.

It constructs electrical distribution pole line in electrified areas and provides house wiring assistance through a loan programme to householders.