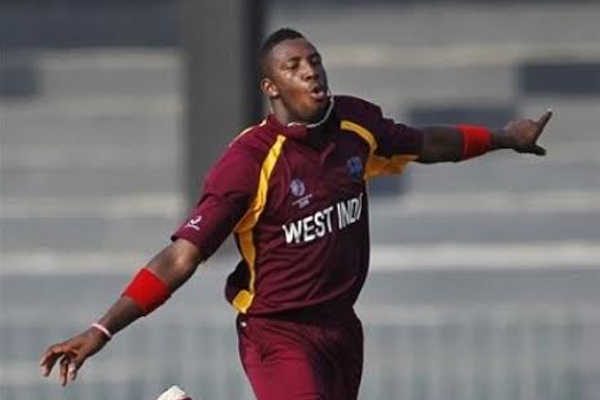 Russell, bowling with pin point accuracy, ripped through the top and lower order batting as Bangladesh A stuttered and stumbled their way to 179 all out in 46.5 overs at the Windward cricket Club.

Russell, HPC’s hero in Sunday’s opening match with a powerful century that turned the tables against the visitors, finished with six wickets for 28 runs from 8.5 overs, which set the stage for the homeside to overhaul the target losing seven wickets in the process.

An unbeaten top score of 45 from Chadwick Walton and 40 from Ashley Nurse led the run chase for HPC, who slipped a bit but recovered to 180 for seven in 38.4 overs to seal the series.

Bangladesh A, who won the toss and elected to bat, lost their openers cheaply to Russell and plunged to 48 for three by the 15th over.

However an enterprising fourth wicket partnership of 67 runs between Marshall Ayueb and Naeem Islam attempted to steady Bangladesh.

He also figured in a fifth wicket stand of 36 between with Sabbir Rahman who made 21 and was one of three batsmen who lost their stumps to Russell, the man-of-the-match.

Ashley Nurse also bowled impressively to grab two wickets for 38 runs including an important breakthrough for HPC when he had Islam caught five runs shy of his half century.

Bangladesh A was always in trouble against the HPC attack led by Russell and the lower order could not stand up to the challenge as the last five wickets fell for just 28 runs.

HPC suffered an early set back to the chase when Johnson Charles lost his wicket in the second over without scoring but recaptured the momentum when Jermaine Blackwood and Nkrumah Bonner put on 51 runs for the second wicket.

HPC slipped again when they lost Bonner for 28 runs, to be precariously placed at 59 for four in the 13th over but Jonathan Carter and and Walton brought them back on course by putting together 41 runs for the 5th wicket.

Blackwood also had a top score of 28, Nurse held the lower order together to be not out on 40 while Carter contributed 26.

The third and final one day game between HPC and Bangladesh A will be played on Thursday.