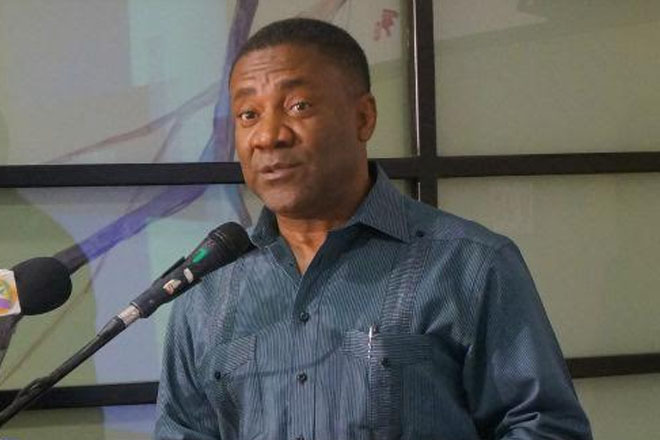 Russia to provide support in agriculture and the environment

Kingston, Jamaica (JIS) — The Government of Russia has pledged assistance to Jamaica in the areas of agriculture and the environment.

This was disclosed by Minister of Science, Technology, Energy and Mining, Phillip Paulwell, who is representing Jamaica at the 19th St Petersburg International Economic Forum in Moscow from June 18 to 20.

Speaking with JIS News from Moscow earlier today, Minister Paulwell informed that he has been having meetings with various representatives from the Russian government to strengthen cooperation in specialised areas.

“I held discussions with the Agriculture Minister [Alexander Tkachov]. That discussion was very productive. The Minister has pledged to assist us [Jamaica] with restoring our mined-out [bauxite] lands to full productivity. He promised to share with us the latest in Russian technology and expressed hope that both livestock and food crops can be exported from Jamaica to Russia,” Minister Paulwell said.

He further told JIS News that coming out of talks with Russia’s Minister of Natural Resources and Environmental Protection, Sergei Donskoi, an agreement has been reached to provide support to the island on environmental issues.

“A lot was discussed. In the end, it was agreed that Russia would offer its assistance to Jamaica,” Paulwell said.

The Minister said he is looking forward to the start of discussions at the forum, which is being held under the theme: ‘Time to Act: Shared Paths to Stability and Growth.’

The annual forum gathers the world’s leading decision makers to identify and deliberate the key challenges facing emerging markets and growth economies, Russia and the world, and engage them in finding solutions.

It includes an Energy Summit where Government representatives from several countries including Russia and Jamaica, chair of energy corporations or their senior executives, as well as industry experts, are expected to participate in debates, seminars, and country-specific round table discussions, for the exchange of ideas and insights on Global Energy and Development strategies.

Prior to the start of the forum, Minister Paulwell also met with executives of Russian aluminium giant, United Company Rusal Alumina Limited (UC Rusal), and several Jamaican students studying in the country.