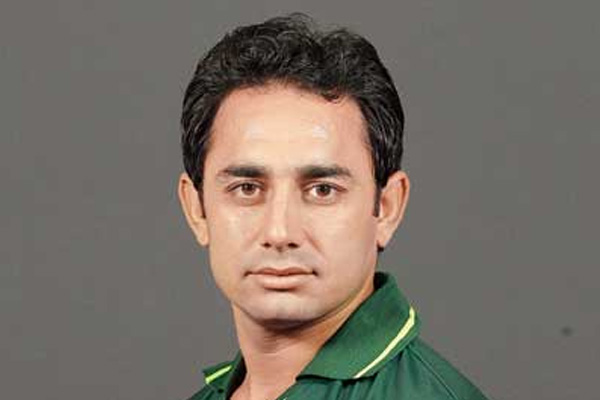 Sports Page– In a huge blow to Pakistan, offspinner Saeed Ajmal has been banned from bowling in international cricket by the ICC after his action was deemed to be illegal for all deliveries. Ajmal, who has been Pakistan’s lead spinner in all formats in recent years, was reported after the first Test against Sri Lanka in Galle last month.

The decision to ban him was taken after an ICC accredited team of bio-mechanics experts tested his action at the National Cricket Centre in Brisbane. Ajmal can apply to the ICC for a re-assessment at any time after modifying his action.

“An independent analysis has found the bowling action of Pakistan’s offspinner Saeed Ajmal to be illegal and, as such, the player has been suspended from bowling in international cricket with immediate effect,” the ICC said. “The analysis revealed that all his deliveries exceeded the 15 degrees level of tolerance permitted under the regulations.”

Ajmal is the No. 1 ranked bowler in the ICC ODI rankings and is among the top ten in Tests and Twenty20 internationals. He is the highest wicket-taker across formats in the last three years.

This was the second instance of Ajmal being reported for a suspect action. In April 2009, the bowler had been reported while bowling the doosra, and was cleared the following month.

The issue of suspect bowling actions had come up during the ICC cricket committee meeting in June, where there was a general consensus among members that the current methods used to detect illegal actions were imperfect. It had recommended changes to help match officials get more support from biomechanists in order to identify illegal actions with “more confidence”.