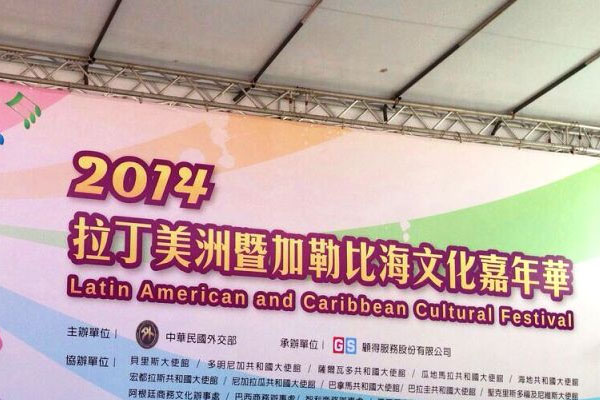 Basseterre, St. Kitts — Throngs of citizens from the Republic of China R.O.C. (Taiwan) were treated to authentic sights, and flavors from products locally produced in the Federation, on display in the Saint Kitts and Nevis booth at the Latin America and Caribbean Festival held in Taipei, Taiwan on September Saturday 20, 2014.

The Festival, which was organized by Taiwan’s Ministry of Foreign Affairs in conjunction with Embassies and Trade Offices, provided an opportunity for Taiwanese to learn more about the culture of the Caribbean and Latin American region through food, music and dance and arts.

Visitors to the booth hosted by the Federation’s Embassy in Taiwan sampled sugar cake and guava cheese, dried fruit, including mango and star fruit made in the Federation and homemade rum punch using local ingredients and dark rum produced in Saint Kitts and Nevis. Brochures highlighting tourists’ spots and activities such as Brimstone Hill, Nevis Botanical Gardens, golf courses and beaches as well as the newly developed eco-tourism park were also distributed.

The Saint Kitts and Nevis “Visitor” magazine was also displayed and perused by many seeking more information about the Federation.

“This presents yet another opportunity for us to introduce our beautiful country to our friends in Taiwan” stated H.E. Jasmine Huggins, the Federation’s Ambassador to the R.O.C. Students from Saint Kitts and Nevis studying in Taiwan came to the booth to assist and encouraged patrons to try the delicious snacks that were available.

Patrons were also invited to play games at the booth including pin-the-tail-on-the-monkey, a twist on the traditional game, using instead a cut-out of the green vervet monkey, whose presence has become ubiquitous in Saint Kitts and Nevis.

Other countries from Central and South America also participated in the Festival along with Haiti and the Dominican Republic.