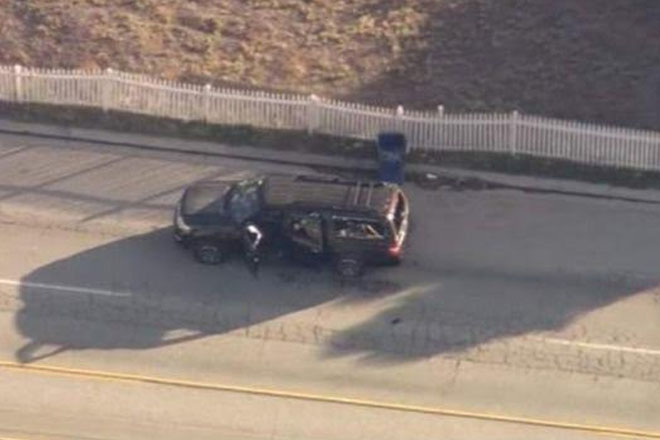 Police are searching for up to three gunmen who killed at least 14 people at a social services centre in San Bernardino, California.

Officers said there were also 17 wounded in the attack at the Inland Regional Center, which helps adults with disabilities.

The gunmen, wearing military-style clothing, entered the building and opened fire before fleeing in a black SUV.

Witnesses said people locked themselves in offices as the gunfire rang out.

Four hours after the attack, police surrounded a dark SUV with its windows shot out on a residential street in the city.

Police have not confirmed whether the incident is related to the shooting, but an officer said one person had been killed at that scene.