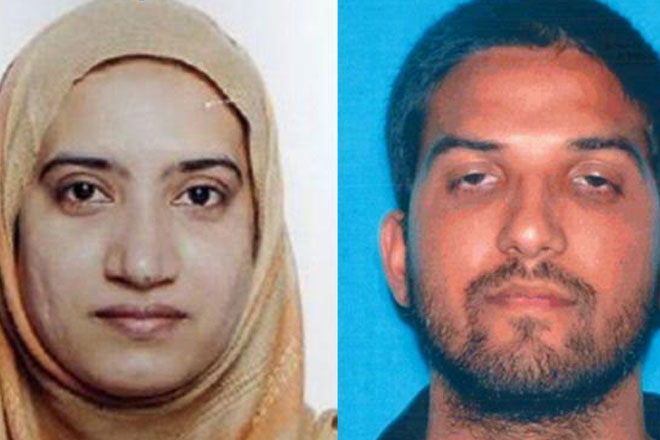 A mass shooting by a married couple that left 14 people dead in California is being investigated as an act of terrorism, the FBI says.

FBI Director James Comey said there were indications that the couple had been radicalised.

Tashfeen Malik, 27, and her husband Syed Rizwan Farook, 28, died in a shootout with police after the killings at San Bernardino, east of Los Angeles.

However, he said there was no evidence they were part of a network.