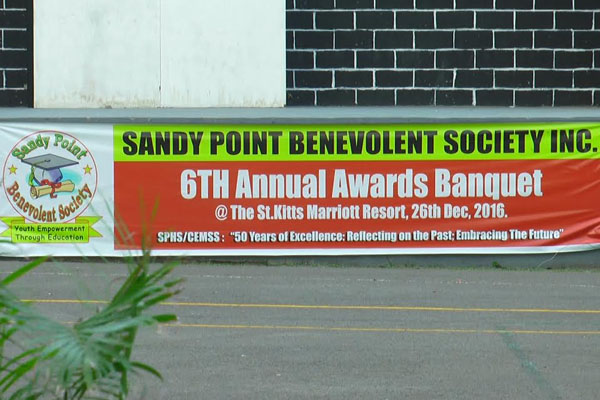 Every year the society hosts a formal awards banquet in New York.

At the banquet launch ceremony held at the Sandy Point Hard Court, featured speaker Dr. Stuart Williams revealed that the banquet will be held in St. Kitts this year.

He said, “It’s a very formal elegant event. We’ve done it 5 years. We can honestly say that every year we get better. In 2016, that event is coming to St. Kitts. So on December 26 we are going to have the awards banquet at the Marriott. We want people to get good food. We want to see people looking good. We want people to be entertained. We want to bring some of the outstanding folks forward and recognize them.”