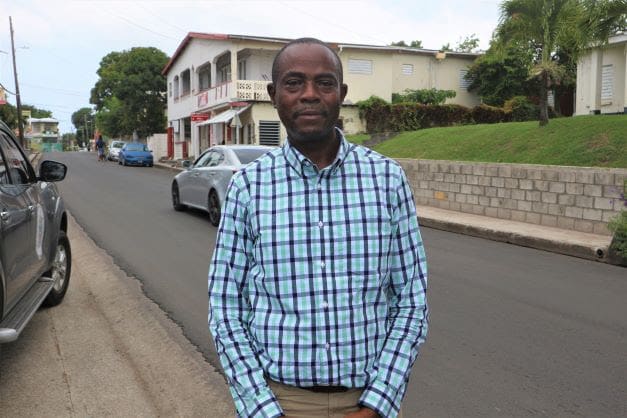 Director of the Public Works Department, George Gilbert, said this during an interview at Sandy Point on August 19 while also stating that drain works are the final stage in completing the Sandy Point main road.

Mr. Gilbert also went on to thank the people of Sandy Point for their patience saying, “To the People of Sandy Point, we want to say that we understand your cry and the inconveniences which you have been through; for example, the water department came through and the road work was completed; you also had The Cable Company laying the new infrastructure for fibre optic lines for St. Kitts and also you had new sidewalks put in place in Sandy Point.”

The St. Kitts Water Services Department (WSD) engaged in the installation of new distribution pipes throughout Sandy Point as part of the upgrading of the island’s water distribution system.

It involved the laying of 10,000 feet of six-inch ductile iron water distribution lines that would service the entire town of Sandy Point.