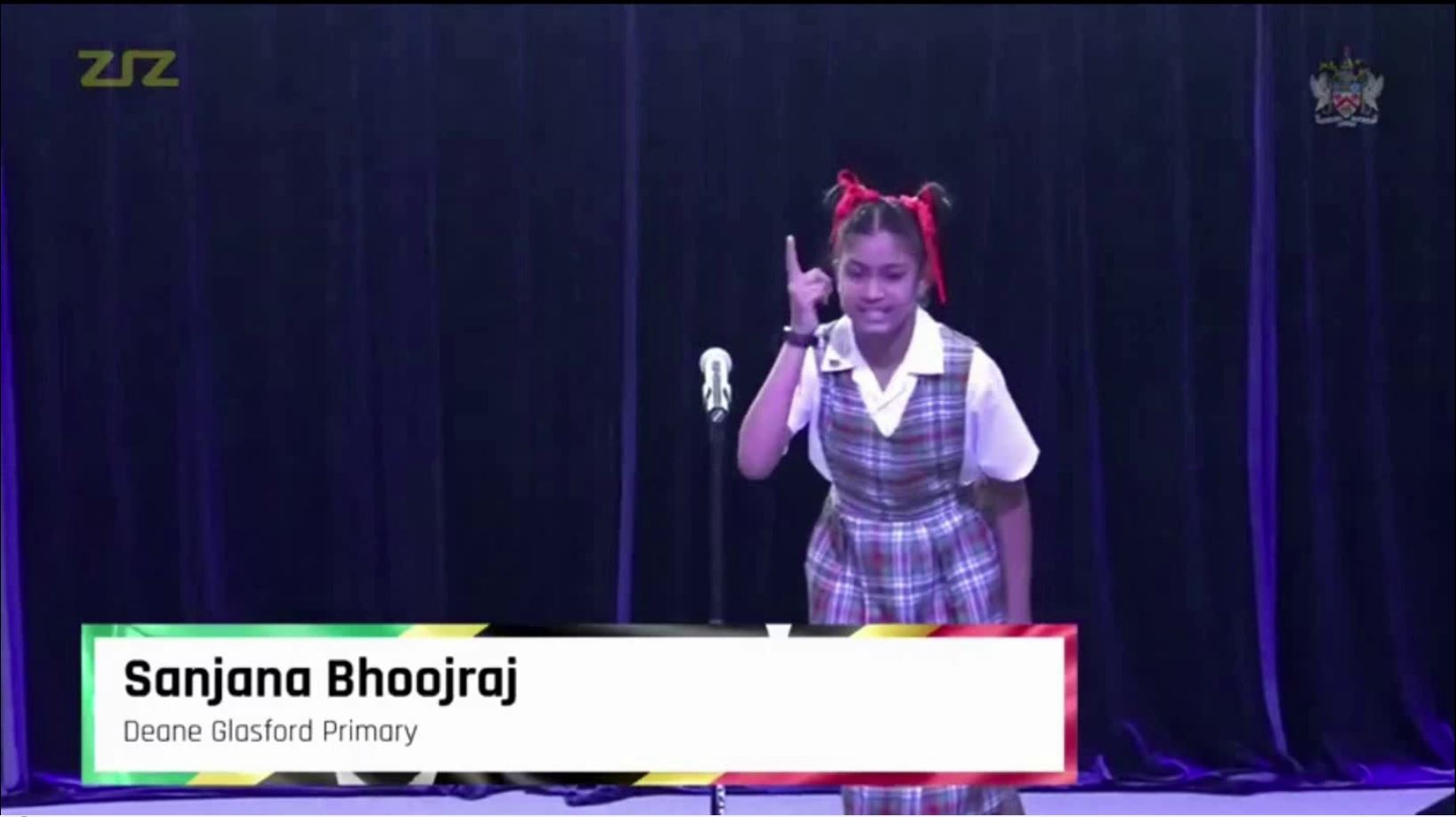 Sanjana Bhoojraj of the Deane Glasford Primary school is the winner of the Ministry of Education’s 2020 Primary Schools Elocution Competition.

11 year old, Sanjana beat out her competitors with a total of 47 points out of a total of 50.

With just a one point difference, Alaina Maximique of Saddlers Primary School captured third place with a total of 43 points.

The competition which was held at the Antioch Baptist Church on the evening of Thursday October 8, formed part of the 37th Independence Anniversary Celebrations.

Chief Judge of the competition, Mr. Clair Pemberton announced the winners and runners up.

Each student was required to creatively deliver a dramatic piece titled “El Dorado” during the speech competiton.

El Dorado was written by Creighton Pencheon in 1989.

At the end of the presentations, the audience was treated to an impromptu performance of the calypso piece by the writer, Mr. Pencheon himself