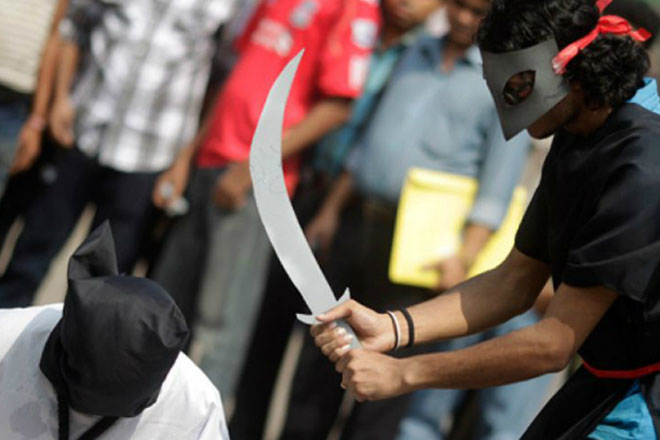 Riyadh, Saudi Arabia (AFP) — Saudi Arabia on Wednesday beheaded one of its nationals convicted of drug trafficking, bringing to 79 the number of executions this year.

According to AFP tallies, that figure compares with 87 for all of last year and adds to what Amnesty International has called a “macabre spike” in the kingdom’s executions of locals and foreigners.

Authorities carried out the death sentence against Hussein al-Omairi in the northwestern region of Tabuk, the interior ministry said in a statement carried by the Saudi Press Agency.

He was guilty of smuggling amphetamines, it said.

Visiting French President Francois Hollande said in Riyadh on Tuesday that his country was “campaigning across the world to abolish the death penalty.”

The interior ministry has cited deterrence as a reason for carrying out the punishment, despite criticism from London-based Amnesty and other watchdogs.