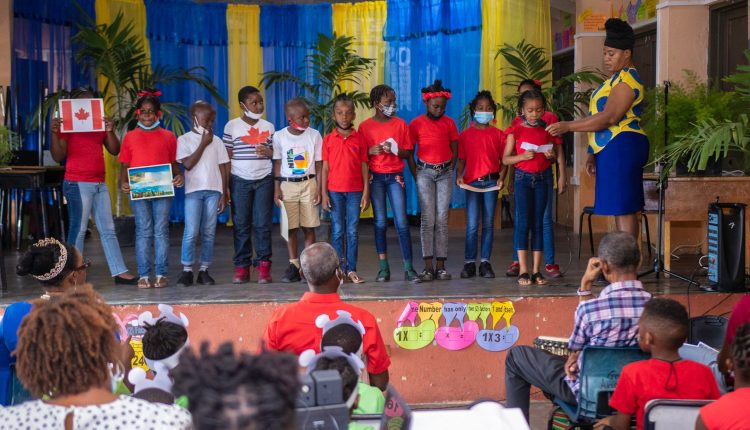 Basseterre, St. Kitts, March 14, 2022 — In observance of the platinum anniversary of Her Majesty Queen Elizabeth the Second’s reign schools across the federation held special assemblies on Monday.

The assemblies marked Commonwealth day, which, according to an Education Ministry representative is a regular observance however this year special emphasis was put on the activity due to the platinum anniversary.

Using song, dance, poetry, and other performances the students and teachers celebrated the day while observing its historical background.

The Commonwealth of Nations, generally known simply as the Commonwealth, is a political association of 54 member states, almost all of which are former territories of the British Empire.