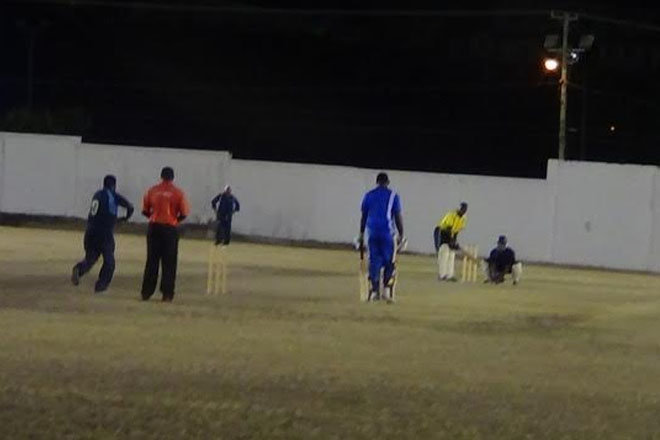 SDA Jets crash out to Big Rock in decider

Sports Page — It was a deciding encounter and both teams seemed determined to make a serious bid for a spot in the local second division Cricket finals.

The action was at the ET Willet Park on the evening of Saturday 20th June. That is when Big Rock and SDA Jets faced off in an eagerly anticipated encounter.

SDA Jets won the toss and elected to take first strike. They eventually got to a competitive total at the end of the allotted 15 overs, reduced due to a late start to the game. Final score: 112 for 8.

It means therefore that the Big Rock team needed 113 for victory.

SDA Jets were soon cock-a-hoop when they got rid of the in form, hard hitting Rakeesh, cheaply. However, their efforts were thwarted by an entertaining stand between Boye and Anand who both perished before the victory target was achieved.

It came down to 5 runs needed from 3 overs and the Jets men wrung the changes in the field and bowled their hearts out, but in the end, the Big Rock team celebrated with over an over remaining.

In the first match of the day, Calypso easily took care of Highlights Int. The detailed scores were not available up to press time.