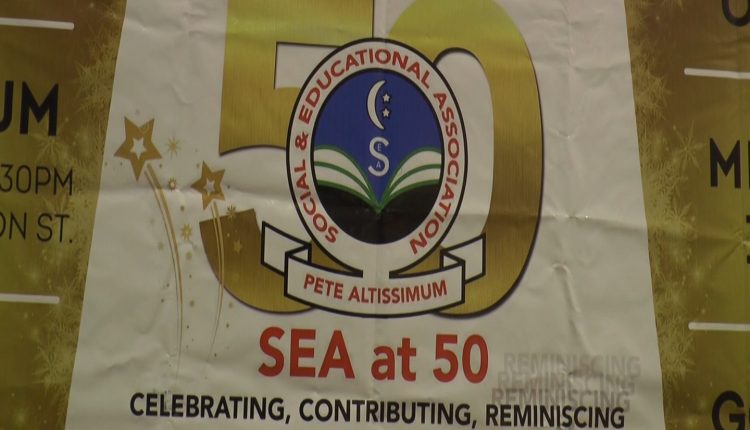 The ceremony was held at the Royal St. Kitts Hotel and kicked off just after 7 pm.

He explained that the SEA was formed from the inspiration of his parent’s interest in community service and love for education.

The Social and Educational Association 50th anniversary is being celebrated under the theme, Celebrating, Contributing, Reminiscing”.