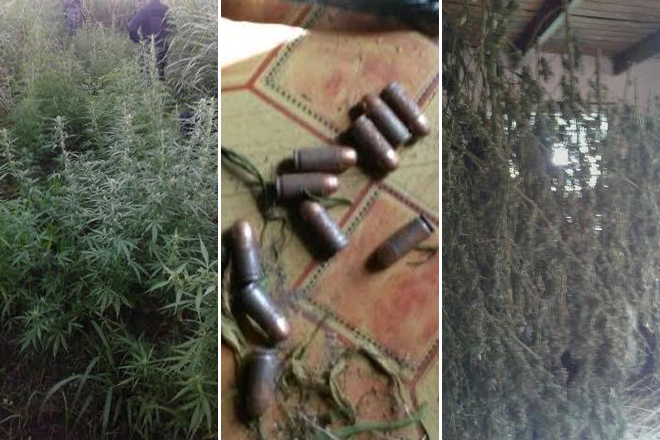 The Police Force’s Public Relations Unit has reported that the marijuana plants, which were found in the Belmont Mountains, ranged in height from one foot to five feet.

Meantime, the ammunition and some more marijuana plants were found at an abandoned house in the Ottley’s area, along with camouflage clothing, a black hooded jacket and a mask.

Divisional Commander Superintendent Cromwell Henry is quoted in a release as saying “similar joint operations will be conducted in the future as the police force continues to fulfill its mandate to reduce crime in the federation.”