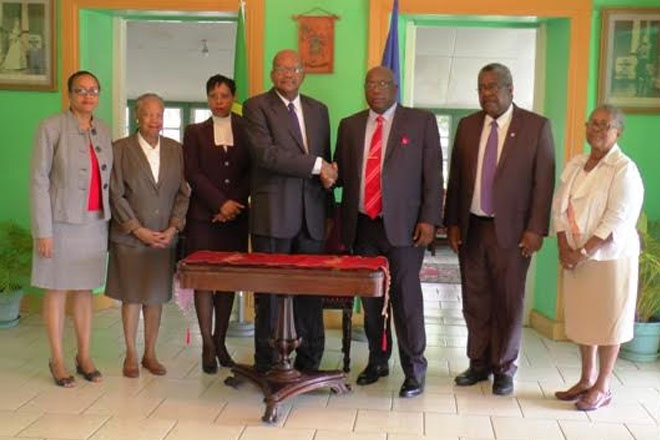 Seaton Sworn in as Governor General

(ZIZ News) – Through confirmation from Her Majesty, Queen Elizabeth II, His Excellency Samuel Weymoth Tapley Seaton C.V.O., Q.C., J.P. has been sworn in as the Governor General of the Federation of St. Kitts and Nevis.

Prime Minister Harris, in speaking with ZIZ, explained the process of His Excellency’s nomination and subsequent appointment by the queen.

“We basically requested of Her Majesty that Mr. Tapley Seaton C.V.O., Q.C. be appointed formally as Governor General, effective the 1st September 2015 and we received notice that Her Majesty has confirmed the appointment and therefore, we have moved expeditiously to bring this to the public knowledge and to have the High Court Judge do the honours this morning,” he explained.

The Prime Minister further expressed delight in the appointment.

“We are grateful that Her Majesty has seen it fit to accept the nomination and it is indeed a great pleasure that the Office of the Governor General is now being substantively held by one of our most respected sons of the soul.