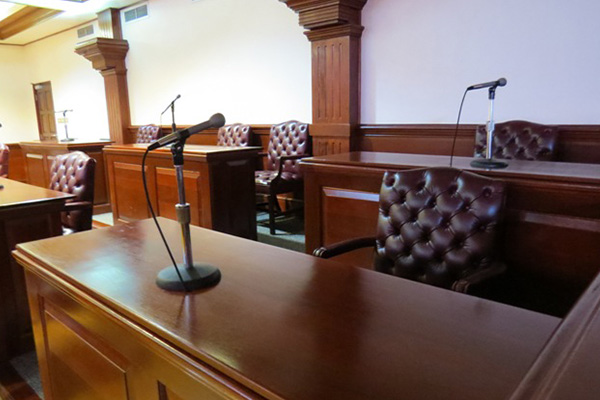 Sen. Skerritt calls on Opposition to begin to do the people’s work as parliamentarians

(CUOPM) –  The excuse given by the Leader of the Opposition, the Hon. Mark Brantley for the absence of opposition members from the Budget Session of the St. Kitts and Nevis National Assembly has been dubbed as “disrespectful” “arrogant” “flimsy,” and “childish.”

“It is therefore not surprising to me.  In particular, over the years Mr. Speaker, The Honourable Member for #5 (Shawn K. Richards), has become better known for his absence from parliamentary debates than for his contribution to the legislative agenda,” said Minister of Tourism, International Transport, International Trade, Industry and Consumer Affairs, the Hon. Richard “Ricky” Skerritt.

He pointed out that the People’s Action Movement rewarded the relative inactivity in parliament of the member from #5 by 50% of their membership electing him as their new leader, last year.  This came Mr. Speaker, after they pushed out their former leader Mr. Grant to make way for the member for #8 who proceeded to lose the PAM leadership by 1 vote; much to the distress of his supporters in the hierarchy of PAM,” said Minister Skerritt.

He recalled that at the Budget Session in 2011, he pointed out that the Honourable Leader of the Opposition, Hon. Mark Brantley, who has been boycotting the National Assembly for nearly 16 months, only to show up for two minutes to secure their pay checks and prevent their seats from being declared vacant, had apparently abandoned his responsibility to the people because “he really had no contradictory points to make on the Budget and therefore had decided to lead his flock away from the debate.”

“I believe the same situation still prevails today Mr. Speaker. In his 2010 address, the Leader of the Opposition and Member for #9 spoke almost entirely about the crime wave that was impacting our country at the time. And his 2009 address, he had spent most of his time speaking about the national debt and predicting the demise of our country’s fiscal situation because as he had stated then, our country was bankrupt,” he noted.

“You would recall that I had challenged him as to what bankrupt meant. Mr. Speaker, it is no secret that the overall crime rate fell by over 50% over the last year and a half, after The Right Honourable Prime Minster took over the Ministerial responsibility in 2011 from The Honourable Sam Condor and it is also no secret that the National Debt has been reduced significantly as you heard this morning in the Budget address, because of the creative and aggressive commercial negotiations carried out with our creditors by the Right Honourable Prime Minister and his team at the Ministry of Finance,” said Mr. Skerritt.

“There is no wonder that the opposing coalition therefore has only one goal in mind. One goal Mr. Speaker, to get rid of our Prime Minister and all will be well. That is what they are telling people. That certainly is not a plan for this nation Mr. Speaker,” said Mr. Skerritt.

He pointed out that the plan outlined by the Prime Minister is producing positive results.

“He (Prime Minister and Minister of Finance) was not supposed to achieve at this time. He was not supposed to achieve them at this time based on the hopes of the Opposition to undermine him and his Government as viciously and dramatically as possible. Mr. Speaker, I venture to say further that the absence of the opposition at this Budget Debate, is simply another arrogant and disrespectful move by what I call Mr. Speaker, with respect, as the coalition of Douglas haters, to get media attention and try to paint a picture of political instability in our beloved country,” said Sen. Skerritt, who pointed to the opposition’s deliberate decision to inform the media of their so-called boycott since last night (Monday) without even the courtesy of a note of the intended absence to the Speaker, the Hon. Curtis Martin.

“They are showing their blatant hypocrisy. That is what Unity is about – DISRESPECT. Anybody who they cannot order around; who they cannot make to do what they want, when they want and how they want; Unity for some, but not Unity for others,” said Minister Skerritt.

He pointed out that the opponents and former colleagues, seem to have conveniently forgotten that the Federal Budget is a matter that affects the entire country.

“By actively planning and holding a press conference on exactly the same day and same time that Parliament is scheduled to begin the Budget Session, they have given another clear signal of the opposition’s disregard to their responsibilities to this Honourable Assembly and allowed and carry on a show of disrespect for the lawfully-elected government of our country,” said Minister Skerritt, a two-term senator.

“These people claim that they are ready to lead. No respect. Mr. Speaker, as far as the absences of the members of #3 and #7 are concerned, it is indeed a sad development for both of them as well as for the history of our great Labour Party. Even the most disenchanted Labour Parliamentarians of the past including the current Barabbas style, mentor and strategic leader of the coalition of Douglas haters…..including him, did not publicly abandon the policies of any Labour Government or abandoned their seat in this honourable Assembly, while they still carried the title of a Parliamentary Representative for Labour,” said Mr. Skerritt.

“We live in a proud and proven democracy in St. Kitts and Nevis where we all have the right to freedom of expression and freedom of speech. We all have the right to choose and to make decisions. However decisions have consequences that we do not always predict or want to accept when they face us. It is in that context that I can only wish that the opposition will stop playing childish games with the people’s time and with this Honourable Parliament and begin to focus on their responsibilities, better late than never Mr. Speaker,” said Mr. Skerritt.

He noted that it’s been over 3 years of this particular administration and the opposition has been playing games for that entire period.

“It is time for them to begin to do the people’s work as opposition members. They want to operate as if they’re in government. They are getting paid to be in opposition, but as far as they are concerned, they need to be in government so they’re not bothering with the role as opposition, but Mr. Speaker the work of this Honourable Assembly and this government must go on and that’s why I am here,” said the Hon. Richard Skerritt.