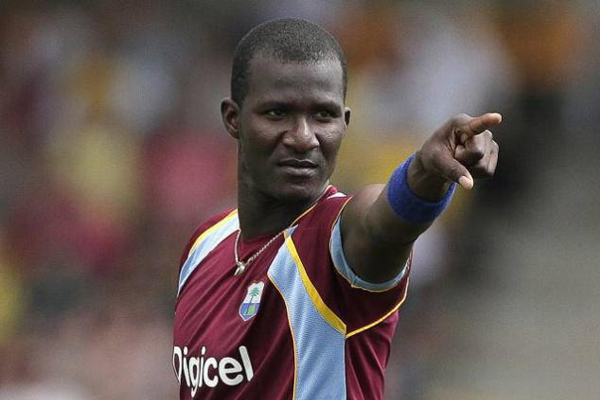 With West Indies requiring 12 from the last over in pursuit of 179 for victory, Sammy twice cleared the ropes against seamer James Faulkner off the third and fourth deliveries, to deliver a sensational win for the defending champions, with two balls to spare.

Sammy, who faced just 13 balls and counted two fours and three sixes, had set the stage for his heroics in the penultimate over when he launched a ferocious assault on left-armer Mitchell Starc in an over that cost 19 runs.

Sammy put on an invaluable 49 runs off 21 balls with one-day captain Dwayne Bravo whose unbeaten 27 came from 12 deliveries.

Opener Chris Gayle got West Indies going with a top score of 53 off 35 balls while Lendl Simmons chipped in with 26.

Earlier, the Windies produced a measured performance to hold the Aussies to 178 for eight off their 20 overs, after they had been asked to field first.

Spinners did the job for the Windies as off-spinners Sunil Narine (2-19) and Marlon Samuels (2-20) and leg-spinner Samuel Badree (2-37) all picked up two wickets apiece.

Glenn Maxwell top scored with 45 from 22 balls while Brad Hodge got 35 off 26 deliveries, but no other Aussie batsman really got going.