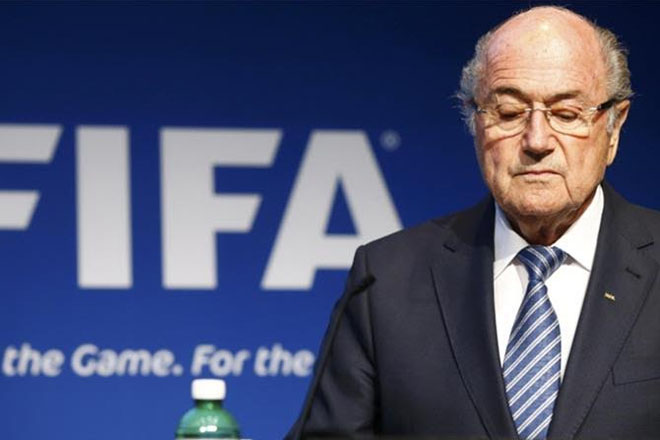 (CNN) — FIFA President Sepp Blatter will step down as head of world soccer’s governing body but only after the organization’s executive committee organizes a fresh vote “for the election of my successor,” he said Tuesday.

Blatter did not say when the election would be held but said it should before the next World Congress in May 2016. It cannot be held for at least four months, according to FIFA rules, said Domenico Scala, chairman of FIFA’s audit and compliance committee.

“The expectation is that this could take place anytime from December of this year to March of next year,” he said.

Speaking in Zurich, Blatter said the reforms he has tried to implement over the years have not been enough.

I felt compelled to stand for re-election, as I believed that this was the best thing for the organization. That election is over, but FIFA’s challenges are not. FIFA needs a profound overhaul,” he said.

Michel Platini, president of UEFA, European soccer’s governing body, has criticized Blatter in the past and told reporters last week that he had asked Blatter to bow out of the elections. He was one of the first to react to the announcement: “It was a difficult decision, a brave decision, and the right decision.”

David Gill, vice chairman of England’s Football Association, which voiced its support for Blatter’s opposition in last week’s election, said he welcomed Blatter’s resignation as “a major step forward for FIFA on the road to proper reform.”

Gill, who resigned from FIFA’s executive committee after Blatter was re-elected Friday, said he will consider returning to the post now that Blatter is no longer at FIFA’s helm. He never formally confirmed his resignation, he said.

“I simply could not countenance serving on the FIFA executive committee alongside Mr Blatter. I respect his decision but am pleased he is standing aside and by the clear determination for real change within FIFA. This in turn allows me to reconsider my position.”