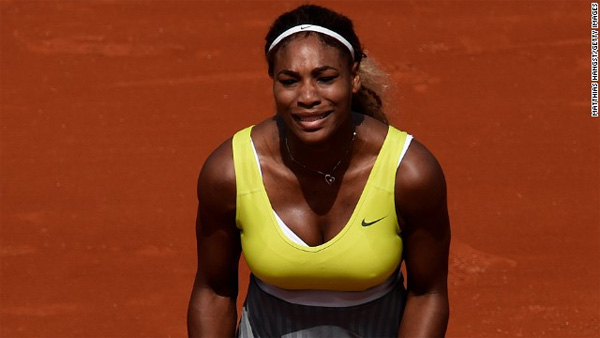 CNN — It was deja vu for the Williams sisters at the French Open — but not in a good way.

A mouthwatering third-round clash between seven-time grand slam champion Venus and 17-time major winner Serena was ruled out when the former lost to unseeded Slovakian Anna Schmiedlova 2-6 6-3 6-4 in early play in Paris on Wednesday.

Then hours later, Serena — also the defending champion and world No. 1 — fell to Spain’s Garbine Muguruza 6-2 6-2, her worst ever grand slam performance.

In 2008, the siblings were also defeated on the same day at Roland Garros, their least productive major. The last time it happened was at Wimbledon in 2011.