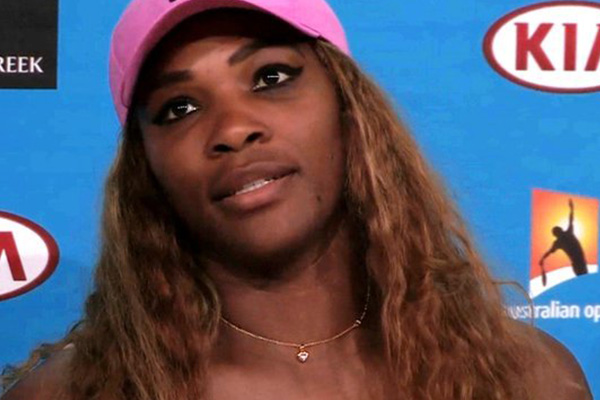 It was as unexpected an upset as you’ll see at this Australian Open, with favorite Serena Williams losing to Ana Ivanovic, someone she had beaten in four previous meetings, on Sunday in Melbourne.

Williams, the No. 1 seed and favorite at pretty much any tournament she enters, struggled with her first serve for most of the match and Ivanovic pounced on every second serve she saw to give herself the quick advantage in points.

The win is as much of a surprise for Ivanovic as it is for Serena, mostly because the head-to-head battle has been an absolute domination by Williams in the past. Before Sunday, Ivanovic had never even won a set off of Williams, and after the first set win by Serena it looked like another stride to the quarterfinals for the five-time champion.

It was the second set that turned things, with Ivanovic hitting 15 winners and dominating with her first serve. It seemed like only moments after she was raising her arms with that second set win that things turned for Serena in the third, and despite a late charge for Williams it was just a day of too many unforced errors for the favorite to overcome.

Serena entered the 2013 Australian Open never losing a match in Melbourne after winning the first set, but after the quarterfinal loss a season ago to Sloane Stephens and this upset by Ivanovic she is now 51-2.

For Ivanovic it is a chance at a return to the top, a place she flirted with in 2008 when she made the finals in Melbourne and then went on to win the French Open. Now she enters her first quarterfinals at a Grand Slam since the 2012 U.S. Open with a favorable draw and a chance to take this upset and build on it.

For Serena, it’s a tough loss, but one that she went through a year ago only to have one of the most successful seasons of her incredible career.