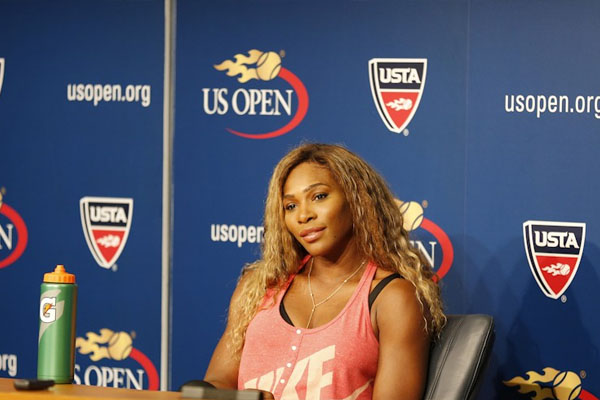 New York, United States — At a time when Russia’s relations with the West are approaching strained Cold War levels, Russian tennis chief Shamil Tarpischev has furthered the slide by referring to Serena and Venus Williams as the “Williams brothers” during a TV chat show.

No one was amused, least of all World No. 1 Serena Williams who slammed Tarpischev for making “sexist, racist and bullying” comments about her and older sister Venus.

“I thought they were very insensitive and extremely sexist as well as racist at the same time,” Williams said of Tarpischev’s remarks.

“I thought they were, in a way, bullying. I just wasn’t very happy with his comments. I think a lot of people weren’t happy as well.”

Tarpischev, who is a member of the International Olympic Committee (IOC), has also been slammed by the Women’s Tennis Association (WTA) for “insulting and demeaning” remarks about the American siblings, and has been slapped with a US$25,000 fine and a one-year ban from tennis activities.

He made the controversial remarks on a light night talk show in Russia, “Evening Urgant,” while sitting next to former WTA star Elena Dementieva.

“The statements made by Shamil Tarpischev on Russian television with respect to two of the greatest athletes in the history of women’s tennis are insulting, demeaning and have absolutely no place in our sport,” she said.

“I have ordered Mr. Tarpischev to be fined $25,000, the maximum allowed under WTA rules. In addition, he will be suspended from any involvement with the WTA for one year and we are seeking his removal from his position as Chairman of the Board of the Kremlin Cup for one year.”

In his defence, Tarpischev claimed he had not intended to insult the Williams sisters and that his remarks were a “joke.”