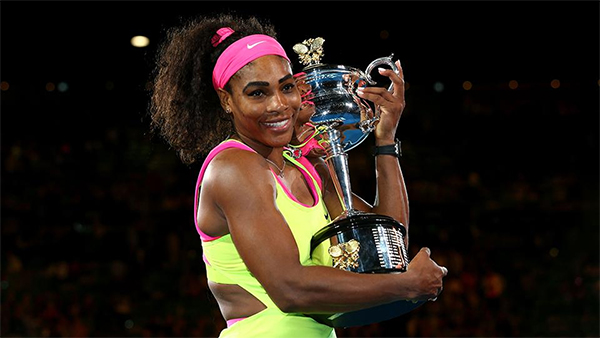 She struggled with a hacking cough, she was sick, and she celebrated too early, but she held her composure in a 6-3, 7-6 (5) victory Saturday.

On her third match point, she let her racket go before hearing a let call to what she thought was an ace.

I thought, ‘Wow, this is it, I did it,’ only to hear let. I was like, ‘OK Serena!’” she said. “I was very disappointed, because Maria was playing so well. I thought she’s going to try to hit a winner now. She goes for broke on match point.”

So she fell back on her biggest weapon, firing another ace — her 15th of the set and 18th of the match. This time, after checking it was official, she bounced around like a child and the celebration was real.