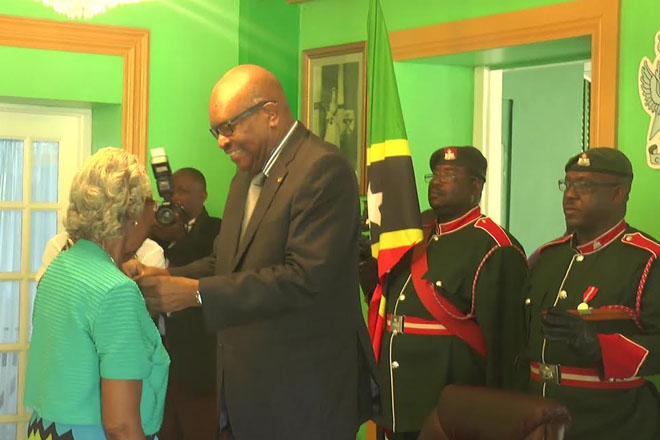 (ZIZ News) — Seven nationals have been recognized and awarded for their contributions to national development.

An investiture ceremony was held at Government House on Tuesday morning to present the individuals with national awards.

Prime Minister Dr. The Hon Timothy Harris praised the awardees for their selfless devotion to the nation.

“They were doing good without expecting that this day would come. In other words they gave selflessly of their talents, of their energies of their commitment to make St. Kitts and Nevis a better place,” he said.

The seven recipients were among the nine named in the Independence 2015 Awards list.

According to a statement from Government House the others who were off-island at the time will be awarded at a later date.