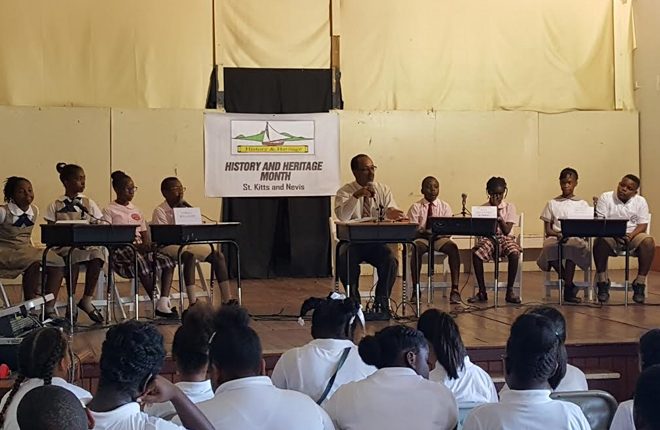 One of the signature events of the annual History and Heritage Month of Activities, the Primary Schools Quiz, organized in three phases, is based upon the Social Studies syllabus for Primary Schools in St. Kitts and Nevis. From 19 schools in St. Kitts, 8 schools advanced to the Semifinal Phase from which 5 won places in the Final Phase. These were:

The annual History and Heritage Month of Activities, initiated by the Brimstone Hill Fortress National Park Society, seeks to promote greater knowledge and appreciation of the history and heritage of

St. Kitts and Nevis among citizens. The Finals of this year’s Quiz will be broadcast on ZIZ Television at a date and time to be announced.