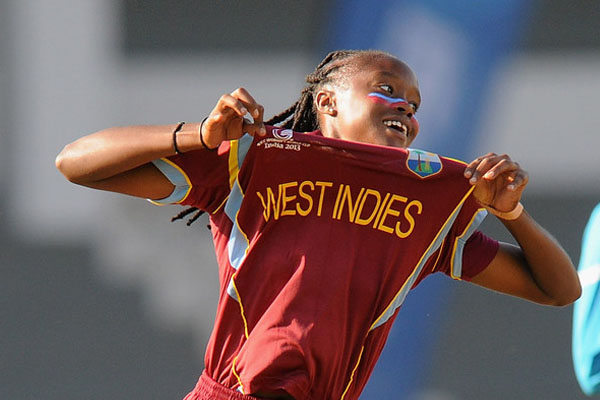 Shaquana wants to better herself

Port of Spain, Trinidad – Shaquana Quintyne says she will go back and work more on her overall game after the conclusion of the One-Day Series against England on Sunday.

The 17-year-old schoolgirl, better known for her leg-spin bowling – top scored in both matches at the Queen’s Park Oval in Trinidad.

She made a career-best 42 in the second match which England won by seven wickets. She made 36 not out in the third game which the visitors won by 89 runs. The first encounter was rained out after three overs.

On the flip side, she failed to take a wicket in the two matches which she bowled after being the team’s best bowler in the recent T20 International Tri Series.

“I am a bowler in the team, so my main job is to take wickets, so I’m disappointed I did not get any wickets. However, I happy with the way I batted in both matches, she told WICB Media after Sunday’s game.

“In the first match I felt I played well but was not able to continue. Today, I wanted to bat for as long as possible but ran out of partners. We were way off the target but I just wanted to see how much we could get there in the end.”

Quintyne added: “I will return home and go back to the drawing board. I still have a lot of work to do on my batting as well as my bowling and try to get stronger. We have some matches coming up and I am aiming toward the World Cup [ICC World T20 Tournament] in Bangladesh next year.”

In the final match, England’s experienced wicket-keeper/batter Sarah Taylor made a match-winning century to follow up her half-century in the second match. She deservedly won the Player of the Series Award.