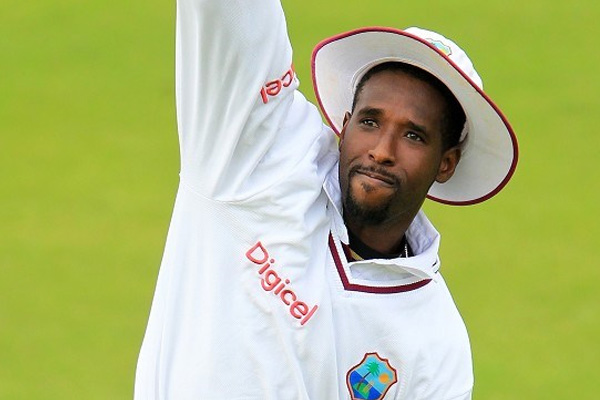 Shillingford looking to prove himself

(Sports) Kolkata, India – Shane Shillingford was a mere spectator from the sidelines when West Indies visited India two years ago and played three Tests against Mahendra Singh Dhoni’s side.

He has returned to this south Asian nation for next month’s two-Test series against the Indians full of confidence and as a key member of the bowling unit, looking to pose a serious challenge to opposing batsmen that are brought up on a diet of spin bowling.

This has not daunted the 30-year-old off-spinner, but has strengthened his resolve to succeed in the sub-continent.

“I may not have played the last time, but I gained a lot of knowledge from that experience, and this will help me over the next few weeks,” he said.

“Every trip is a learning trip. No matter how many matches I have played, I want to do my best, once I pull on the West Indies cap. There is always something new that can be picked up every day.”

Shillingford has captured 48 wickets at 31.22 runs apiece in 10 Tests and is now the second-best ranked West Indies bowler in Tests at No. 24, behind 14th-ranked fast bowler Kemar Roach.

The 6-foot, 3-inch tall Shillingford said his sights were firmly on improving his skills during the brief series.

“Once you’re a spin bowler, you have to study the batsman and must have patience,” he said. “I think that’s what makes a good spinner – a lot of consistency and a lot of patience.

“Definitely, I did some homework on the Indian batsmen and I know that they play spin very well and they love to use their feet. It’s something of which I am aware and I’m looking forward to playing here.”

Shillingford is also excited about the prospect of bowling at Sachin Tendulkar. The Indian master batsman has announced the second Test – his 200th – in his home city of Mumbai will also be his final, bringing the curtain down on his illustrious career.

“Certainly, it’s a great privilege to play against the master of cricket,” he said. “I enjoy watching him play. But our plan is obviously to go out there and win. I’m sure he would like to get some runs, but we have our plans as a team. Our goal here is just to win.”