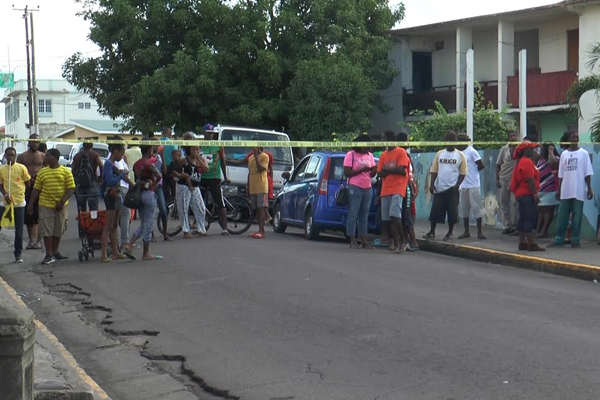 ZIZ News — Police are investigating a shooting incident on Tuesday morning that has left a man dead near Baker’s Corner.

Dead is Sean Phillip alias “Handsome” of Newtown, who is said to be in his mid to late twenties.

ZIZ’s cameras were on the scene just after 8am as a crowd gathered.

This comes less than 24 hours after a shooting incident in Conaree where a young man was shot dead and another wounded as they sat in a car.

ZIZ News will keep you updated as the investigation unfolds.