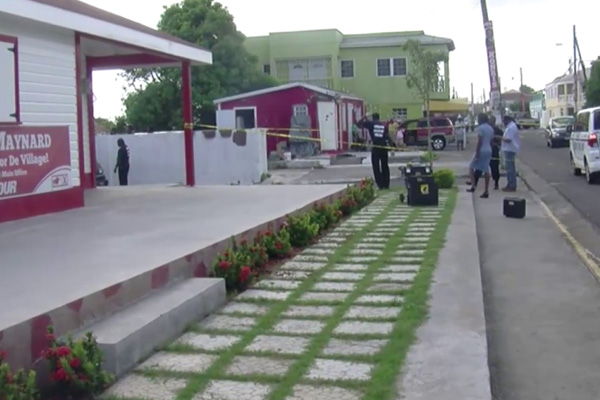 (ZIZ News)– The police are investigating a shooting incident in the village area this afternoon.

According to reports, at around 2:30pm police responded to a shooting at Millionaire Street.

While details regarding the shooting remained unclear up to news time, Police Public Relations Officer, Inspector Lyndon David has confirmed that no one was injured during the incident.

Meanwhile in a separate matter, the police need your help to find a man wanted for gun possession.

The police say he is considered armed and dangerous and is cautioning anyone seeing him, or knowing his whereabouts, against approach him.

Persons who may have information regarding Lennox Gumbs are asked to call 668-4556, the nearest police station, or Crime Stoppers at 1-800-8477.

The public are also being reminded that anyone who harbours or helps him to evade the police is committing an offence and will be arrested and charged.