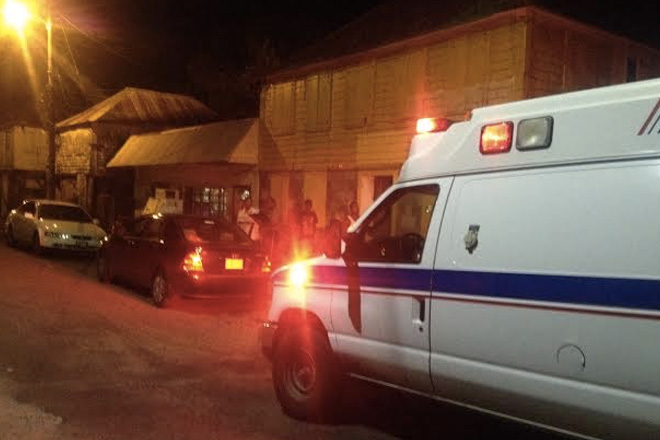 (ZIZ News) – The Royal St. Christopher and Nevis Police Force is calling on the general public to help bring the gunmen involved in Sunday night’s armed robbery to justice.

ZIZ News has confirmed that at approximately 10:30pm, police received a report of a shooting incident at a small shop in Old Road.

Divisional Commander for the area, Superintendent Cromwell Henry said the report was made to the Old Road Police Station that Frederick James, also known as Gabby of Old Road, was shot in the left leg after two masked men approached him and Dr. Charles Warner, and demanded money.

Superintendent Henry said James and Dr. Warner were leaving the business place when the gunmen approached.

The gunmen took an undisclosed amount of money from James, and from Dr. Warner, they reportedly took about $250, his bank cards, and other personal items.

James is currently warded at the JNF General Hospital.

Dr. Warner is a well known medical doctor in Old Road. He is also a former political candidate of the Peoples Action Movement.

In the meantime, the investigation continues and the police are urging anyone with information to call the nearest police station and or Crime Stoppers at 1-800-8477.