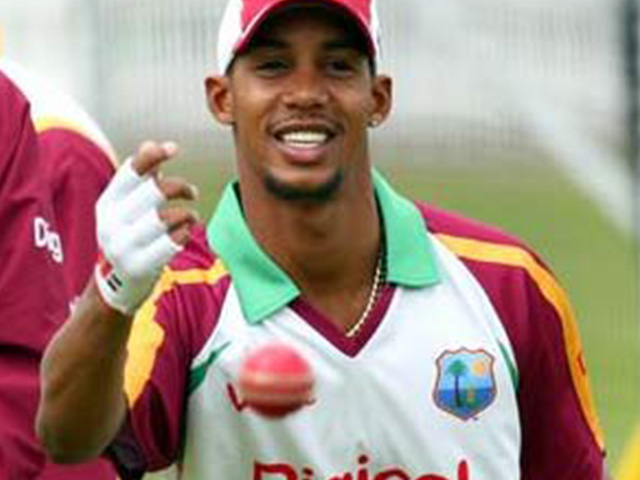 CHANDIGARHLN, India – Inform West Indies batsman Lendl Simmons smashed the first century of the Indian Premier League (IPL) on Wednesday to give Mumbai Indians a slim chance of advancing to the play-off stage of the competition.

Simmons played shots all over the park to complete an even century, leading a run chase that swept Mumbai to a seven wicket victory over Kings XI Punjab, the current table toppers.

The attacking Trinidadian batsman hit 14 fours and two sixes from the 61 balls he faced to carry Mumbai safely to 159 after Punjab scored 156 for eight at the Punjab Cricket Association Stadium.

On his way, Simmons, who played a number of cut shots, accounted for 55 of the opening partnership’s 68.

Simmons also unleashed an array of slog-sweeps and lashes down the ground to maintain a run-rate of nearly 10 for the majority of their innings.

Mumbai could have secured victory earlier but delayed the momentum to ensure Simmons moved into triple digits.

Once the single was taken his countryman Kieron Pollard immediately slammed the final ball of the 18th over into the crowd beyond long-on.

Simmons unbeaten century that inspired Mumbai’s fifth win in seven matches in India, lifted them to as high as fifth in the table.

Despite beating the most dominant team twice this season, Mumbai still need to win their two remaining games by a considerable margin to stay alive.