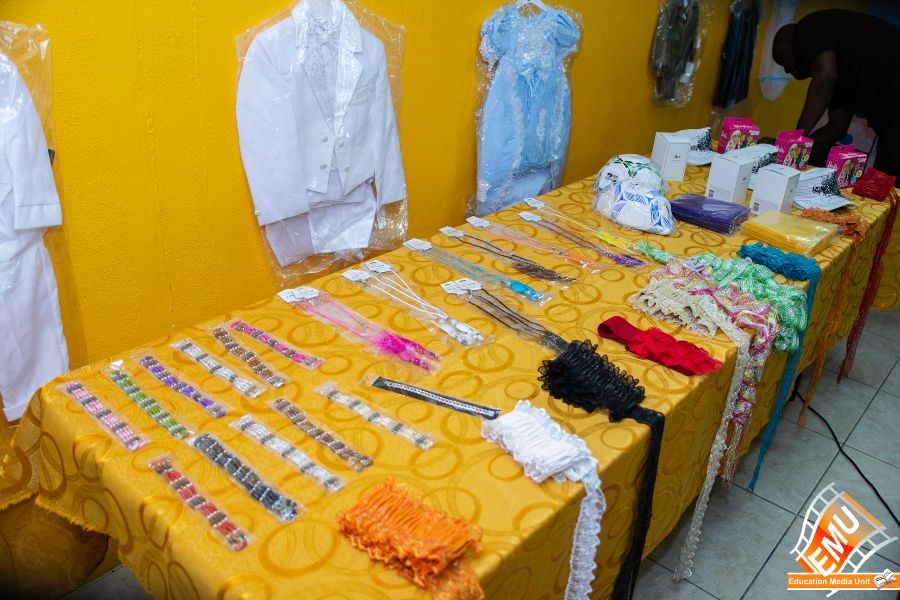 Simply Help Foundation Donates To Those In Need

Basseterre, St. Kitts, October 06, 2020 (SKNIS): The Simply Help Foundation has once again donated a number of items to those in need of assistance.

At a handing over ceremony on October 06, Minister of Education, the Honourable Jonel Powell, said that “charitable work, especially the kind intended to alleviate poverty and empower marginalized citizens is always important, but especially so in times of social and economic crisis.”

Minister Powell said that the Simply Help Foundation’s purpose is to empower people living in poverty so that they can sustain themselves and their families in their own environment.

“The continued commitment of Simply Help to this charitable work is particularly important at this time when so many are faced with financial hardship resulting from the reduced economic activity,” he said.

Simply Help has been donating to those in need annually for six years. Minister Powell expressed the government’s sincerest gratitude to the Founder and Director of Simply Help Foundation, Tina Bow and all the members of her organization who work diligently on behalf of people throughout the world in need of assistance.

His Excellency Tom Lee, Republic of China (Taiwan) Resident Ambassador to St. Kitts and Nevis, who handed over the items on behalf of Simply Help, said that St. Kitts and Nevis and Taiwan are good friends and good brothers and sisters. He said that the embassy promotes people to people relationships.