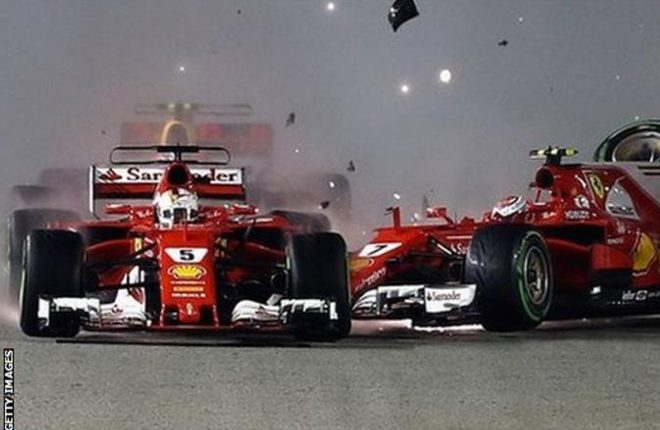 How much will Sebastian Vettel come to regret the aggressive defensive move that contributed to the collision that took him out of the Singapore Grand Prix?

It is something of a signature move of Vettel’s. He has used it to great effect in the past. He may well have learned it from his hero Michael Schumacher, who also specialised in that sort of uncompromising lunge. Usually it works to his advantage – but this time it could have cost him a world championship.