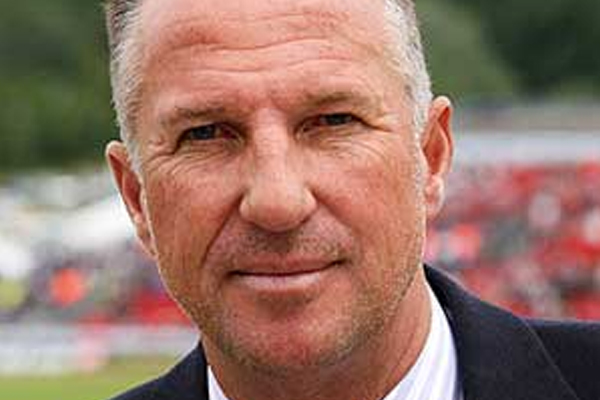 Ask by Nick McGath in the Daily Telegraph interview of his favourite escape abroad, Sir Ian said: “St Kitts. It has a mountainous end where you get the rainforest and then you get the Atlantic at the other end. Some of the other Caribbean islands like they could be anywhere in the world. But to me, St Kitts feels most authentically Caribbean. You’ve got the beach shacks, the Creole food, local rum, cold beer, great fish and great meat. Fantastic.”

Sir Ian Terence Botham, OBE, born 24th November 1955, was a genuine all-rounder with 14 centuries and 383 wickets in Test cricket, and remains well-known by his nickname “Beefy.” While at times a controversial player both on and off the field, Botham also held a number of Test cricket records, and still holds the record for the highest number of wickets taken by an England bowler.

He is generally regarded as being England’s greatest ever all-rounder, particularly in Test cricket, although having earned celebrity status, his award of a knighthood was in recognition of his services to charity.

Just like fellow cricketers Denis Compton, Chris Balderstone and Arnold Sidebottom, Botham was also a talented footballer, and made 11 appearances in the Football League.

On 8 August 2009, Botham was inducted into the ICC Cricket Hall of Fame.

Botham was born in Heswall on the Wirral, to Herbert Leslie Botham (who worked for Westland) and Violet Marie, née Collett (a nurse). Both his parents played cricket. He went to Milford Junior School in Yeovil, Somerset, where his “love affair” with sport began, and played for Somerset Under-15s.

He left Bucklers Mead Comprehensive School at the age of 15, intent on playing cricket for the Somerset County Cricket Club, although he also had an offer to play football for Crystal Palace F.C.

From an early age he was always single-minded. When informed that Botham wanted to be a sportsman, the Careers Mistress at his school said to him, “Fine, everyone wants to play sport, but what are you really going to do?”

Domestic career. In his non-first-class appearances for Somerset, his bowling figures did not stand out, but there were some sizeable scores, namely 91 for the Under-25s v Glamorgan Under-25s, 82 and 42 v Cornwall, 51 v Gloucester Under-25s, 50 v Glamorgan 2nd XI and in his last game (before his 1986 comeback match) 100 against Glamorgan 2nd XI.

Botham began his first-class career in 1974 with Somerset. In that year, when playing against Hampshire and facing the West Indian fast bowler Andy Roberts, a bouncer hit him straight in the mouth. He spat out teeth and simply carried on batting. In 1986 he resigned from Somerset, in protest against the sacking of his friends Sir Viv Richards and Joel Garner, and joined Worcestershire, playing for that county between 1987 and 1991.

In 1992, he joined County Championship newcomers Durham before retiring midway through the 1993 season, his last match being Durham’s match against the visiting Australian XI.