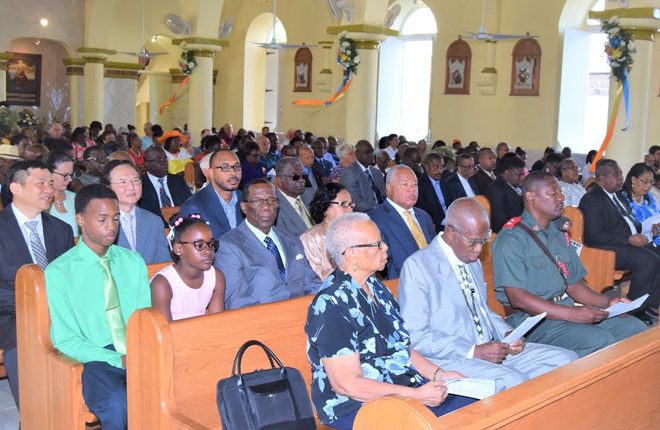 (SKNIS): Sir Probyn Inniss, MBE, Former Governor of the Associated State of St. Kitts-Nevis-Anguilla, will be accorded a state funeral with full military honours on Thursday 23 March, 2017, at the Wesley Methodist Church, Seaton Street, Basseterre at 2:30 pm. Interment will be at the Springfield Cemetery.

Thursday March 23 has been declared a national day of mourning. The body of Sir Probyn will lie in state at Government House from 9:00am to 2:00 pm, the same day of the funeral. All flags on government buildings will be flown at half-mast and a half holiday will be proclaimed on March 23.

A committee has been set up to plan the state funeral of Sir Probyn. The committee is headed by Cabinet Secretary, Mrs. Josephine Huggins, with other members comprising of Mr. Andrew Skerritt, Permanent Secretary in the Office of the Prime Minister; Ms. Kaye Bass, Permanent Secretary in the Ministry of Foreign Affairs; Commander of the Defence Force, Colonel Patrick Wallace; Commissioner of Police, Mr. Ian Queeley; Mr. Grell Browne, and a designated family member of Sir Probyn.