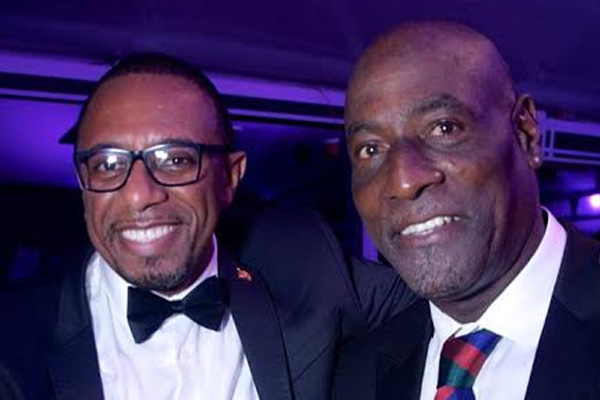 London, England — The great and the good of West Indian cricket gathered in London this week to jointly support the UK’s leading youth cricket and disability sports charity, the Lord’s Taverners, and the St John’s (Antigua) Anglican Cathedral Restoration Project.

Some of the most decorated names of West Indian cricket’s golden era were part of this special visit to pay tribute to the illustrious career of Sir Vivian Richards, including Sir Andy Roberts and Clive Lloyd among others. The trip culminated in a dinner, sponsored by Jordan Media, at the Home of Cricket – Lord’s Cricket Ground – where over 500 people raised nearly £100,000 for the two charities.

The presence of such prolific cricketing names provided the perfect opportunity to showcase the work of the Lord’s Taverners, a charity that believes all young people should have access to sport and recreation, regardless of ability or background.

Preceding the dinner, Sir Vivian and his former teammates met some of the charity’s beneficiaries on Monday 22 September at the Kia Oval, where they were competing in the finals of the Lord’s Taverners Disability Cricket Championships (LTDCC) – a community sports initiative which provides regular year-round competition and coaching for young people with disabilities across London.

Supported by the Berkeley Foundation, the programme will engage over 1,000 young people with physical disabilities, learning disabilities, visual impairment and hearing impairment across 16 London boroughs in an innovative partnership with Essex, Kent, Middlesex and Surrey County Cricket Boards.

Three learning and physical disability cricket teams from Tower Hamlets, Hackney and Southwark took part in the 8-a-side competition at the Ken Barrington Centre, where the West Indies legends helped assess the players’ development ahead of the inaugural LTDCC annual awards evening on 9 October.

Sir Vivian Richards, said: “It’s not often I’m moved but this has been a truly special evening and something I won’t forget for a very, very long time. I’d like to thank everyone who has come here tonight and all the speakers for their incredibly kind words.”

Paul Robin, said: “Seeing Viv and the other ‘greats’ from the West Indies interacting with the young children at The Oval this week was rather special. Viv always has time and a genuine interest in helping young people whatever their challenges; so it is especially rewarding for him and the other former players there, to see how the Lord’s Taverners is achieving this through cricket.

“Tonight at Lord’s, a very special place for Viv, he was honoured in front of 550 fans, friends and former colleagues. If he didn’t realize how special a player and human being he is, then he should after the event! It was a fun night for all and in raising funds for two good causes, we are supporting work both here and in Antigua that is close to Viv’s heart.”