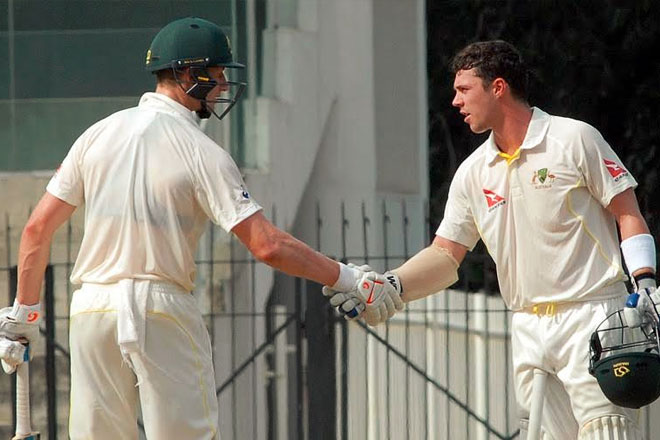 Sports Page — Milinda Siriwardana’s unbeaten 105 from 149 deliveries was the highlight of the third and final day of the West Indians’ warm-up encounter at the SSC. Siriwardana is in line for a Test debut on Wednesday, when the first Test begins at Galle. Sri Lanka Cricket Board President’s XI finished their first innings on 455 for 6, at which time the match was called off.

The practice outing was a difficult one for the West Indians, who had earlier been bowled out for 209 in their first innings. They did, however, have tougher conditions to bat in. The pitch had slowed down and flattened out by the second day, when the President’s XI began their innings.

A debut was always likely for Siriwardana, as the selectors had chosen only eight batsmen for the Test squad. This performance makes it almost a certainty. He hit 18 fours in his innings, and was involved in a 68-run stand with overnight centurion Udara Jayasundera and a 93-run stand with Angelo Jayasinghe.

The West Indian bowlers gave away 222 runs and took three wickets in the 48.2 overs that were bowled in the day. Jason Holder, Shannon Gabriel and Marlon Samuels claimed one apiece. Perhaps of concern to the visitors may be their spinners’ inability to return good figures on a track that Presidents’ XI offspinner Suraj Randiv had taken a five-wicket haul on – particularly as spin is always expected to feature at Galle.

As this practice game had been postponed by a day, the West Indians only have two clear days in which to recover and prepare for the Galle Test.