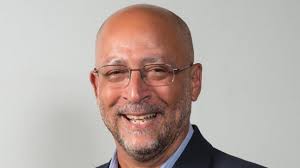 ST JOHN’S, Antigua – President of Cricket West Indies (CWI), Ricky Skerritt, is calling on West Indies cricket fans everywhere, to throw their full support behind the West Indies team when they defend the ICC T20 World Cup title next month. With the countdown already begun towards the start of the marquee event in the UAE, Skerritt has asked the fan base and all stakeholders to help create a winning West Indian spirit of passion and unity, in the face of a global battle. The West Indies team is going in pursuit of an unprecedented third ICC T20 World title.

“The selectors have produced a fit-for-purpose squad which is a rich mixture of experienced leadership, proven match-winners, and youthful talent. For the first time for years, the selectors had good options within a growing pool of exciting West Indian talent. But this is a major world tournament, not a development tour. All the best teams in the world will be setting out to dethrone the West Indies as defending champions. And just coping with the discomfort of an ongoing COVID-19 bubble will be tough enough for the players. So the mental toughness of our team will be stiffly tested both on and off the field. That is at least one good reason why they deserve our support. If you are a West Indian fan, then this is your team no matter which territory the players hail from.”

According to the CWI President, “A successful World Cup journey requires that all of us; who love and support the game, and who have seriously studied the fortunes of West Indies cricket; come together and send positive vibes to Captain Pollard and the members of his squad, no matter what.”

The last time the T20I tournament was staged in 2016, West Indies beat England in spectacular fashion at Eden Gardens in Kolkata, to capture their second title. The first T20 World Cup victory came in 2012 when they beat Sri Lanka at the Premadasa Stadium in Colombo. West Indies have also reached the semi-finals on two occasions – in 2009 in England and 2014 in Bangladesh.

Head Coach Phil Simmons will be looking to make it back-to-back titles as he was the mastermind behind the title to success in 2016. Captain Kieron Pollard will also be looking for a second world title as he was an influential member of the squad which won in 2012.

West Indies have shown encouraging form this year in the build-up to the tournament. They contested four CG Insurance T20I home series against Sri Lanka, South Africa, Australia, and Pakistan. They played 17 matches – won 8, lost 6, with three “no results” due to bad weather.

The squad is due to assemble in the UAE in early October, where they will have a training camp before fine-tuning the final preparations, including warm-up matches against Pakistan and India.

West Indies have been drawn in Group 1 and will play five group games against England, South Africa and Australia along with the winner of Round 1 Group A (Sri Lanka, Ireland, the Netherlands, and Namibia) and the runner-up from Round 1 Group B (Bangladesh, Scotland, Papua New Guinea, and Oman).  West Indies’ first group game will be against England in Dubai on October 23.